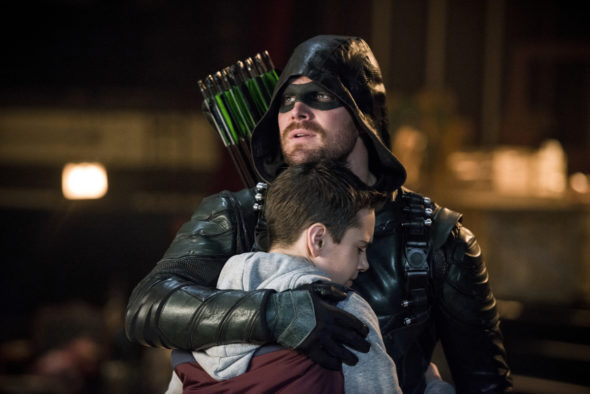 Some sad news for Arrow fans. According to The Hollywood Reporter, the CW TV show will end with an abbreviated eighth season this fall.

The The CW has ordered 10 episodes for the eighth and final season of Arrow. See reactions from the cast and creators below:

Playing Oliver Queen has been the greatest professional experience of my life… but you can’t be a vigilante forever.

Arrow will return for a final run of 10 episodes this Fall.

There’s so much to say… for now I just want to say thank you.

What an awesome ride! @arrow fans have been the best any actor could've asked for! Thank you for helping me bring John Diggle/Spartan to life!!! Love all of you! Can't wait for you to see what we have in stock for you. Let's end on a high, shall we? #ARROW pic.twitter.com/CDfjpCTNqA

Sad to say that #Arrow will be coming to an end after a 10 episode Season 8. Thank you to all the fans who’ve watched. It’s been such a blessing to be a part of this incredible show ❤️ What a beautiful journey

I've said it before and I'll say it again: Without an audience, there is no show. Thanks to the millions who provided years of employment to hundreds. We aim to craft a finale season that will do you proud. https://t.co/bVyeyotiQZ

What do you think? Are you a fan of Arrow? How do you want the series to end?

It would be cool to see Arrow continue with his kids as the stars and some of the old crew with a new crew slowly added, with really good story line of course. It would be better than some shows that keep going.

I DON’T WANT IT TO END! My fvorite show I watch to unwind in the evening. PLEASE DO A MIRACLE AND BRING HIM & HIS SHOW BACK!!!

I would rather have the Legend series end than the Arrow!