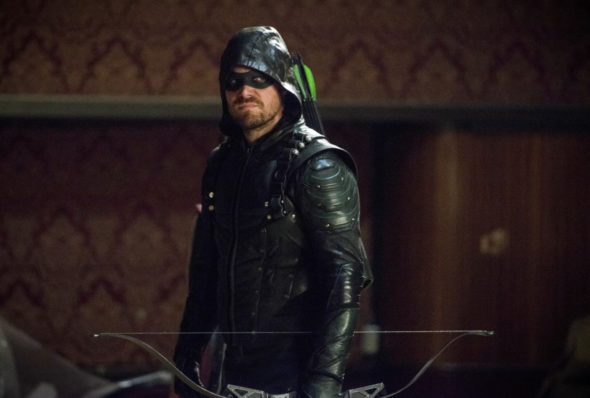 Arrow may only have one season left, but could it return in the future? Recently, star Stephen Amell revealed he’d return to the CW series for a revival, CBR reports.

During a recent convention, Amell said he’d happily reprise the lead role in Arrow if the show is revived in the future:

“I owe so much to them. So, if five years from now they’re wrapping up Show X and they were like, ‘You know what would be the cherry on top of the sundae? Would you come back?’ What am I going to say? No?”

The eighth and final season of Arrow is slated to debut on The CW this fall.

What do you think? Do you watch Arrow? How do you want the series to end?

I would love to see Stephen amell return back to the show. I am a big fan. I power watch it.

Would love to see Arrow return. I looked forward every week to watch it

Looking forward to seeing him return as the ghost of Oliver Queen.

Awsome i love this show i hate too see it leave

I AGREE AWESOME SHOW I love this show I hate too see it leave !!!!