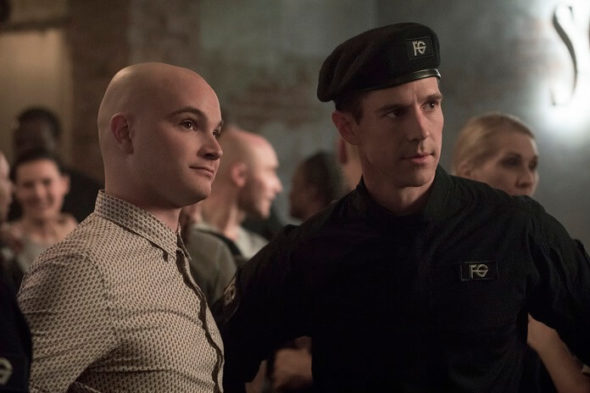 Get ready to see a lot more Don E. on iZombie. Deadline reports Bryce Hodgson has been promoted to series regular for season five of the CW TV show.

The fifth and final season of iZombie is slated to debut on The CW in 2019.

What do you think? Do you watch iZombie? Are you excited for the final season?

My husband and I love the show. In fact we just met Rose, Aly, Rahul and Malcolm in New Orleans. We found out through Rahul that season 5 was the final season and we were bummed. I got my husband into this show, and it was one of the few shows we shared. Wish it wasn’t coming to an end. But I told them as long as Ravi and Peyton marry, and Liv and Major marry, I’m happy. They all said they will mention my suggestion to the powers that be. So that would be cool if it happened.

I will never understand why the big TV companies always find an AWESOME show and let folks get interested in watching a show like iZombie ???? I LOVE iZombie always a nail biter keeping one on the edge never figuring out what will happen next but they love to toss all the good shows in the trash and keep the shows no wants to watch ???? I wonder what good show the CW will come up with that they will toss away as soon as they find out it is a total success unlike the FLAST OR THE ARROW everyone… Read more »

Love this show, it has has a fantastic story plot that never flat lines. We will be very sad to see this show go. We always looked forward to the return seasons.

You should meet the cast. All of them are sweet. We just met them this weekend and they were just the nicest people. And they really appreciate and love their fans.