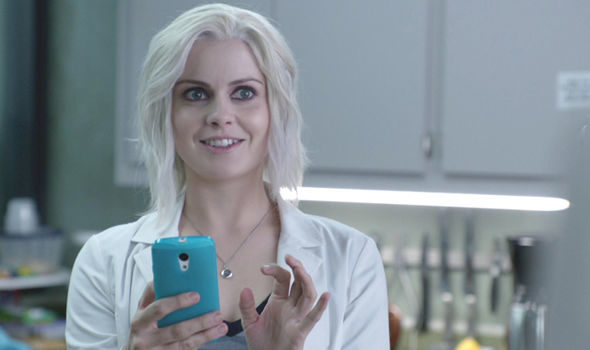 There’s still some life left in The CW’s iZombie TV series. The smallest network has renewed the series for a fifth season for the 2018-19 broadcast season.

A CW horror dramedy, iZombie stars Rose McIver as zombie/medical examiner Liv Moore. The “rom-com-zom-dram” also stars Malcolm Goodwin, Rahul Kohli, Robert Buckley, and David Anders. When Liv eats the brains of a deceased person, she temporarily inherits some traits from the person and gains insight into how he or she died. Pretending that she has psychic abilities, Liv then uses this knowledge to help the police solve crimes.

iZombie: A Look at the Ratings

The fourth season of iZombie is averaging a 0.25 rating in the 18-49 demographic and 771,000 viewers. Compared to season three, that’s down by 18% and down by 11%, respectively. Learn how iZombie stacks up against the other CW TV shows.

The news of the season five renewal broke on Twitter.

#iZOMBiE has been renewed for Season 5 on The CW! pic.twitter.com/BZ9OAzbrMT

Remember that tweet about if we get renewed, I’ll get an #iZOMBiE tattoo? Uh oh https://t.co/JXODaZPlEf

Huge thanks to all of our wonderful, loyal, enthusiastic, dedicated fans who helped make Season 5 happen! https://t.co/K9KmfwZvLB pic.twitter.com/7vjacqC1ty

What do you think? Do you like the iZombie TV show on The CW? Will you be watching season five?

Love this series haven’t laughed or cried for such a silly reason. thank you for renewing.
Sharon age 66

I pretty much binged watched all 4 seasons. I love the show and got really into it! Excited to hear there will be a 5th season although I am sad it will be the last one! The show is great!

I just finished binging all 4 seasons and I loved it. Can’t wait for season 5. So sad to hear it will be the last one though. I have really become attached to all the characters.

I have been binging Season 3 on Netflix and was wondering if it would be renewed for Season 5. The show is fun to watch and has a great cast.
Rose McIver is extremely talented to portray a different character each week.