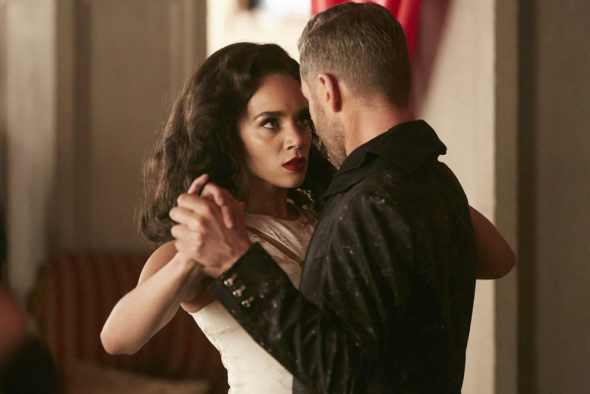 Is the trio still at the top of its game during the fourth season of the Killjoys TV show on Syfy? As we all know, the Nielsen ratings typically play a big role in determining whether a TV show like Killjoys is cancelled or renewed for season five. Unfortunately, most of us do not live in Nielsen households. Because many viewers feel frustration when their viewing habits and opinions weren’t considered when they decided to end Killjoys with a fifth and final season, we invite you to rate all of the Killjoys season four episodes for us here.

A Syfy science fiction drama, Killjoys stars Aaron Ashmore, Luke Macfarlane, and Hannah John-Kamen. Dutch (John-Kamen), Johnny (Ashmore), and D’avin (Macfarland) are fun-loving, hard living interplanetary bounty hunters. They are sworn to remain impartial as they chase deadly warrants across the Quad — a distant system on the brink of a bloody, multi-planetary class war. The last installment ended with the team separated. As season four kicks off, they know name of their enemy: The Lady, which Syfy describes as an “immeasurable manifestation of evil without beginning or end,” and she’s after the Hullen heir.

What do you think? Which season four episodes of the Killjoys TV series do you rate as wonderful, terrible, or somewhere between? Are you happy Syfy renewed Killjoys  for a fifth and final season? Don’t forget to vote, and share your thoughts, below.