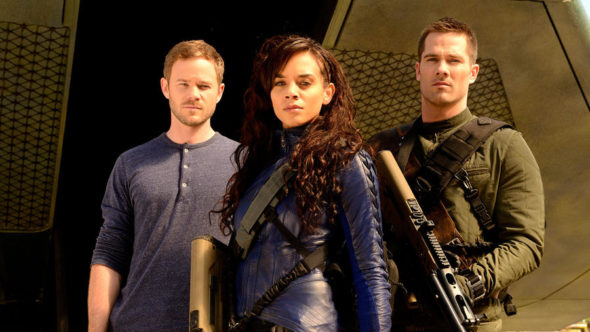 Are you ready for the end of Killjoys? Syfy just released a new trailer and the premiere date for the TV show’s fifth and final season.

The sci-fi drama follows a team of interplanetary bounty hunters who are sworn to remain impartial as they chase deadly warrants across the Quad — a distant system on the brink of a bloody, multi-planetary class war. The cast includes Aaron Ashmore, Luke Macfarlane, and Hannah John-Kamen.

The fifth and final season of Killjoys premieres on Syfy on July 19th at 9 p.m. ET/PT.

What do you think? Do you watch Killjoys? How do you want the series to end?

I love this show and hope Season 5 ends up with Hannah becoming an MCU hero with her own series of films.