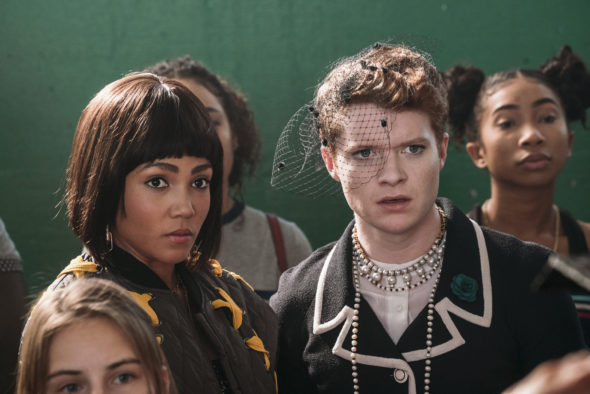 Looks like you’ll have to wait a little longer for Paramount’s Heathers reboot. Today, the network announced the TV series’ premiere has been delayed until later this year.

Heathers was initially slated to debut in March, but Paramount Network has decided to delay the premiere in light of the recent school shooting in Florida. Read the network’s announcement below:

Paramount Network’s original series “Heathers” is a satirical comedy that takes creative risks in dealing with many of society’s most challenging subjects ranging from personal identity to race and socio-economic status to gun violence. While we stand firmly behind the show, in light of the recent tragic events in Florida and out of respect for the victims, their families and loved ones, we feel the right thing to do is delay the premiere until later this year.”

What do you think? Are you a fan of the movie Heathers? Will you watch the new TV series?

If they are going to wait until the school shootings are over. We will never get to watch it. There are stupid kids with guns doing this every other week now a days!

i know right i been waiting forever .

Booo! I’m bummed by this announcement

Well, what will take its place from 3/7/18 until its new premiere date?