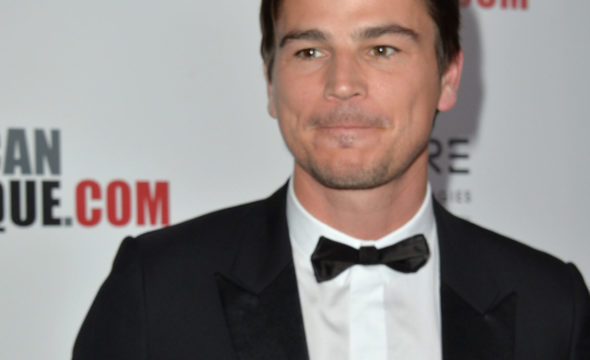 Paradise Lost is coming soon to Spectrum! The series is set to arrive in April, and viewers will see Josh Hartnett and Bridget Regan in the gothic mystery.

Spectum revealed more about the new series in a press release. Check that out below.

Set in small town Mississippi, this southern gothic mystery follows prodigal son, Yates Forsythe (Josh Hartnett), as he returns to his hometown with his wife, Frances (Bridget Regan) – a woman very new to this very old community. As explosive secrets become unearthed, Yates’ loyalties are tested as he struggles to choose between his past and his future.

Just binge watched Paradise Lost today. Excellent. Assuming there will be a season 2.

What to do when furloughed with stay home refs? Binged it in 3 days. Did not expect that ending.

I just finished watching the full first season and I loved it! I want more and I can’t wait!

Compelling & dramatic. Actors were fantastic. Loved the show and please bring on season 2

Husband and I binge watched the entire 10 in one day. Loved it and want more…..

Great series, I had every intention to watch one episode per night, but ended up watching all 10 over 3 nights. Would have done it in 2 but got tired. Now comes the wait to see if there’s a season 2. The ending shocked me!

Wow really enjoyed this series.would like to know if it will continue. Someone please let me know.

I have to agree with you. I hesitated at first, but then pulled the trigger and loved each episode. I didn’t expect the ending until there was about 10 mins left. According to The CinemaHolic website no decision for season 2 has been made. They do believe that a season 2 will happen. Also, season 1 will air later this year on the Paramount Network according to Deadline.

Absolutely, we will be watching this television series. Sounds so very intriguing. We are grateful that a new series has been created that sounds like something we will enjoy and look forward to seeing every week.