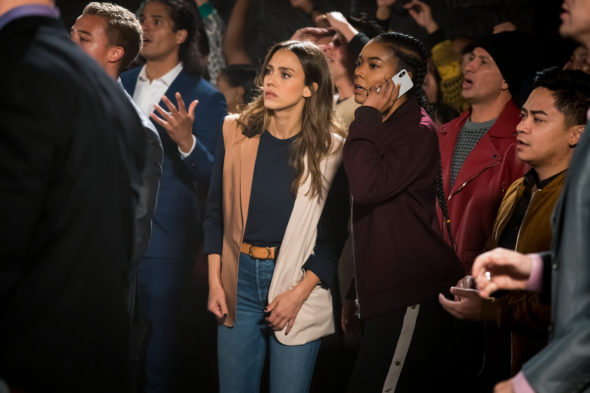 Syd and Nancy’s partnership is over. Spectrum Originals has cancelled the LA’s Finest TV series so the police procedural TV series won’t be returning for a third season.

LA’s Finest stars Gabrielle Union, Jessica Alba, Ernie Hudson, Zach Gilford, Duane Martin, Ryan McPartlin, Zach McGowan, and Sophie Reynolds. Set in the Bad Boys universe, Special Agent/Detective Lieutenant Sydney “Syd” Burnett (Union) once took down a drug cartel in Miami but, has left the past behind and is now working for the LAPD. Her new partner is Nancy McKenna (Alba), a working step-mother who’s a former career criminal. They may not agree on much, but together Syd and Nancy take on some of the most dangerous criminals in Los Angeles. In season two, Syd mourns the sudden loss of a friend and struggles to find answers, while McKenna must deal with the aftermath of Izzy’s kidnapping and the rift it has left in her marriage. When a powerful crimewave in Koreatown threatens to destroy the community, Syd, McKenna, and the team must find those responsible before it’s too late.

What do you think? Have you been watching the LA’s Finest TV show? Would you have watched season three on Spectrum Originals?

I would of too, just watched it on Netflix and loved it.

Yes, I would watch a third season