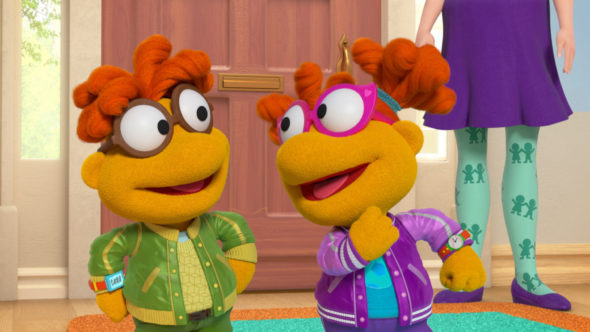 Get ready for twin power! Muppet Babies has two characters from the original series popping up on a special episode of the reboot! The episode will premiere on the network on Friday, and muppet fans will see Skeeter and Scooter for the first time on this new series.

Disney Junior revealed more about their arrival in a press release. Check that out below.

Both 11-minute stories in the all-new episode will feature Skeeter and Scooter:

“Win a Twin” – When Skeeter volunteers to help Miss Nanny bake, her twin, Scooter, isn’t sure he can have fun playing without her.

“Skeeter and the Super Girls” – Skeeter is so excited to save the day with Super Fabulous and Captain Ice Cube, but she doesn’t think she can be a superhero if she wears her glasses.”

Check out a preview for the episode below.