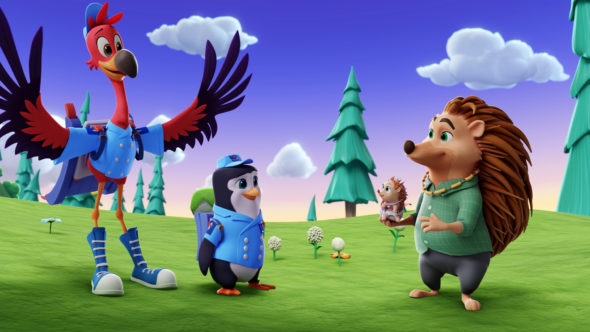 The second season of T.O.T.S. kicked off yesterday on Disney Junior, and fans of the kids’ animated series will have the series around for another season. The show has already been renewed for a third season.

The T.O.T.S. series follows a pair of non-stork delivery birds as they deliver baby animals to their forever homes. The two characters are voiced by Jet Jurgensmeyer and Christian J. Simon. Deadline revealed more about the plans for season three of the Disney Junior series:

“Season 3 will introduce the T.O.T.S. Sky School, the preschool where Mia the kitten and the other baby animals will attend. It also will see the debut of a new character, the quirky and indefatigable teacher Ms. Trunklebee, voiced by Kari Wahlgren (DuckTales).”

What do you think? Are you or someone in your home a fan of T.O.T.S.? Will you watch season three of the Disney animated series?