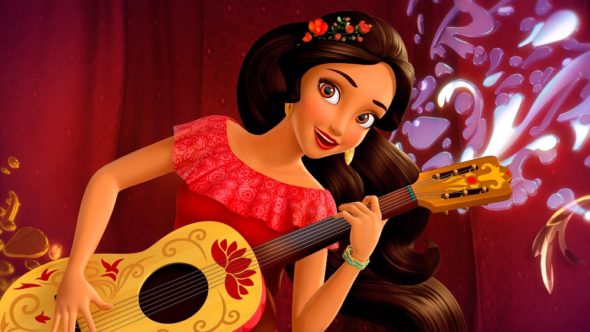 The Kingdom of Avalor heaves a collective sigh of relief. The Elena of Avalor TV show has been renewed for a second season on Disney Channel and Disney Junior. Princess Elena also debuted at Walt Disney World in Florida, today. Check out a photo, below. 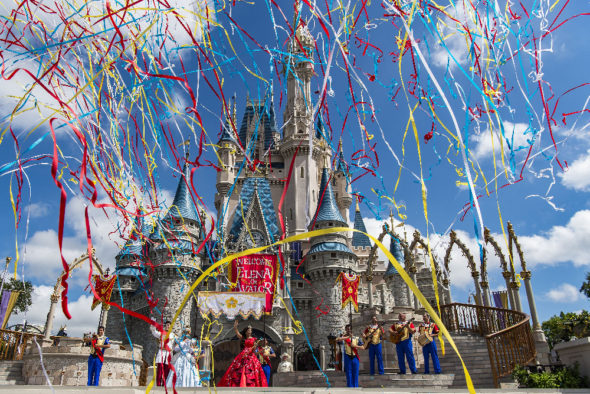 Get the details on the Elena of Avalor season two renewal from this Disney Channel press release.

‘ELENA OF AVALOR’ CONTINUES HER REIGN INTO SEASON TWO ON

A second season of the animated series “Elena of Avalor,” a story inspired by diverse Latin cultures and folklore, has been greenlit into production after its notable premiere on Disney Channel and Disney Junior last month. The Princess Elena character also debuted today at Walt Disney World in Orlando, Florida, and will debut at Disneyland Resort in Anaheim, California, in the fall. The series was created and is executive produced by Emmy Award winner Craig Gerber. For season two, story editor Silvia Cardenas Olivas will add co-producer to her role.

Kanter said, “It’s just a few weeks into the launch of ‘Elena of Avalor’ and we are already seeing what an impact and connection she is making with kids and families. We’re eager to make sure that we will have many new stories of bravery, adventure and leadership for our audience to enjoy and are delighted to begin production on our second season and continue to find ways for her story to be heard both on and off screen.”

The July 22 simulcast premiere of “Elena of Avalor” ranks as 2016′s No. 1 series telecast among all kid-targeted TV networks (Live + 7 ratings) in Total Viewers (4.5 million), Kids 2-11 (2.4 million/6.1 rating) and Adults 18-49 (1.2 million/1.0 rating). For all telecasts to-date, “Elena of Avalor” has reached over 24 million Total Viewers, and has delivered over 8.6 million viewer engagements on the Disney Channel app and Disney Junior app.

The fable, set in an unspecified time period, incorporates influences from diverse Latin and Hispanic cultures. It introduces Elena as a brave and adventurous teenager who saves her kingdom from an evil sorceress and must now learn to rule as crown princess until she is old enough to be queen. Elena’s journey will lead her to understand that her new role requires thoughtfulness, resilience and compassion, the traits of all truly great leaders.

In addition to Elena’s debut at Walt Disney World Resort today and Disneyland Resort in the fall, extensions for the series include: print and e-book titles from Disney Publishing; dolls, role-play products, accessories, home décor and apparel from Disney Store and licensees including Hasbro, Jakks Pacific, Franco Manufacturing and Children’s Apparel Network; an EP soundtrack from Walt Disney Records; and a DVD from Disney Studios being released later this year.

The series was created and is executive produced by Craig Gerber. Silvia Cardenas Olivas is the story editor and will also serve as co-producer on season two. Elliot M. Bour is the supervising director. The series’ cultural advisors are Marcela Davison Avilés, founder of The Chapultepec Group, co-founder of the international Latino arts initiative Camino Arts, and Director of Humanities Programs at the FDR Foundation at Harvard University; and Diane Rodriguez, Associate Artistic Director of Centre Theatre Group and co-founder of the theatre ensemble Latins Anonymous and member of the National Council on the Arts. 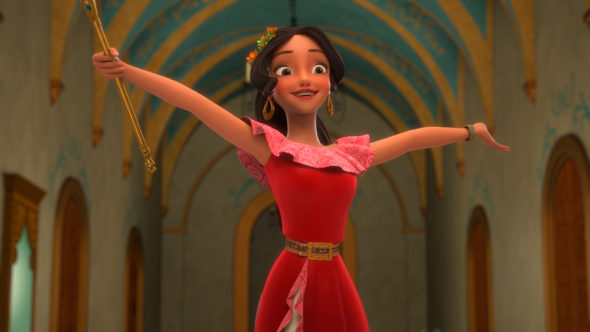 What do you think? Are you a fan of the Elena of Avalor TV series. Do you plan to watch the second season on Disney Channel and Disney Junior?