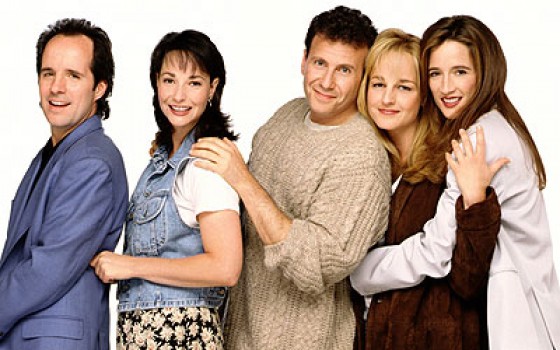 TV show description:
A multi-camera comedy series created by Paul Reiser and Danny Jacobson, Mad About You revolves around the relationship of newlyweds Paul Buchman (Reiser), a documentary filmmaker, and Jamie Stemple Buchman (Hunt), a public relations specialist. The pair live in a New York City apartment with their beloved dog, Murray (Maui). Paul found Murray as a puppy and Paul met Jamie while walking him.

In the show’s sixth and penultimate season on NBC, Paul and Jamie have a daughter, Mabel.

In 2019, Mad About You was revived for an eighth season on Spectrum Originals. The story picks up with Paul and Jamie many years later, as they drop Mabel off at a nearby college. The couple enters a new phase of their lives, as empty-nesters.

What do you think? Do you like the Mad About You TV show? Do you think it should be cancelled or renewed for another season?