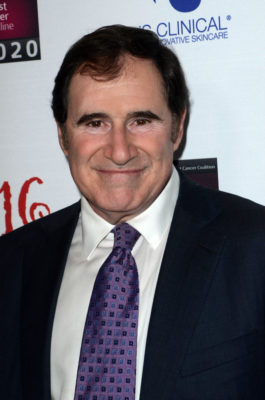 Some new and familiar faces are coming to Mad About You. Deadline reports Richard Kind, John Pankow, and Kecia Lewis have joined the Spectrum Originals TV show revival.

Both Pankow and Kind will be reprising their roles for Spectrum Originals’ Mad About You revival. Newcomer Kecia Lewis is set to play Tonya Franklin-Devanow, the wife of Mark Devanow. The three join fellow stars Helen Hunt and Paul Reiser.

The Mad About You revival is expected to debut on Spectrum Originals this holiday season.

What do you think? Are you a fan of the original Mad About You? Will you watch the revival?

I’m willing to bet political correctness will be visible in this series. Mark’s new wife is indicative of this! The writing will not be the same!

I tape all the reruns and can’t wait for it to come back! So glad they changed their minds and are bringing it back! It looks like Lisa is coming back too!

As of last week it was not known if Anne Ramsey (Lisa), Leila Kenzle (Fran) or Hank Azaria (Nat) are returning. The article above does not say Anne is returning.

ok– please bring it back, loved, the series mad about you, such a clean and practical
series

Bring it back, can’t wait…

Bring it on, can’t wait…

Binged on past seasons..had forgotten what smart writing it had. Can’t wait for revival!!!!!

My all time favorite sitcom!

I am a great fan of the show and I have been binging on the reruns with Spectrum. Thank you for the revival.