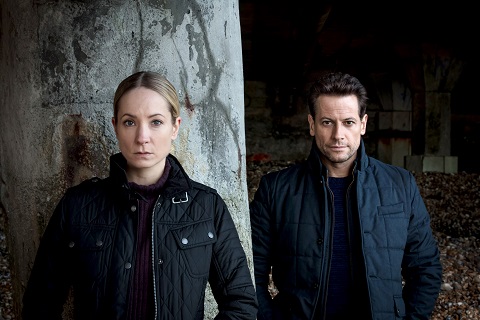 This ain’t no lie. SundanceTV has picked up season two of the UK TV show Liar. When ITV renewed Liar for a second season, back in November, they said production would begin in 2019, so fans will have to wait a while for new episodes.

SundanceTV has not yet announced a premiere date for season two of Liar, but you can read more info below:

PASADENA, CA – January 13, 2018 – SundanceTV announced today that it has picked up the acclaimed modern day psychological thriller “Liar” for a second season. Golden Globe(R)-winner Joanne Froggatt (“Downton Abbey”) and BAFTA’s Sian Phillips Award recipient Ioan Gruffudd (Fantastic Four) will both return for season two of “Liar,” which will once again be written and executive produced by series creators Jack Williams and Harry Williams of Two Brothers Pictures (“The Missing,” “Fleabag”) and co-produced with ITV and all3media International.

Season one of “Liar” is available now on Sundance Now, AMC Networks’ premium streaming service. In season one, Froggatt portrayed Laura Nielson, a bright and dedicated teacher, and Gruffudd played Andrew Earlham, a renowned surgeon whose son is a student at Laura’s school. After the two go on what seems at first as an innocent date, a series of volatile accusations upend both of their lives. Throughout the tense and gripping first season, secrets and lies slowly unravel to show that everyone is lying in some way until the truth ultimately reveals itself.

“‘Liar’ is a series that epitomizes our strategy of partnering with absolutely first-rate talent, and it does not get better than our dream cast of Joanne and Ioan, along with the esteemed and talented Jack and Harry Williams,” said Jan Diedrichsen, General Manager, SundanceTV and Sundance Now. “After a roller-coaster first season which leaves viewers on the edge of their seats, we are excited to bring the series back to SundanceTV to further unravel the mystery.”

“We are pleased that this story will return for its final chapter, and we can’t wait to be reunited with the brilliant Joanne and Ioan,” said Jack and Harry Williams.”

What do you think? Have you seen Liar? Will you watch the second season?

Can’t wait for season two. Of the series Liar.

We definitely need to know who the killer in the kayak is.

That’s great news. I thought the first season was really suspenseful, and I can’t wait to see what happens. When it finally airs!