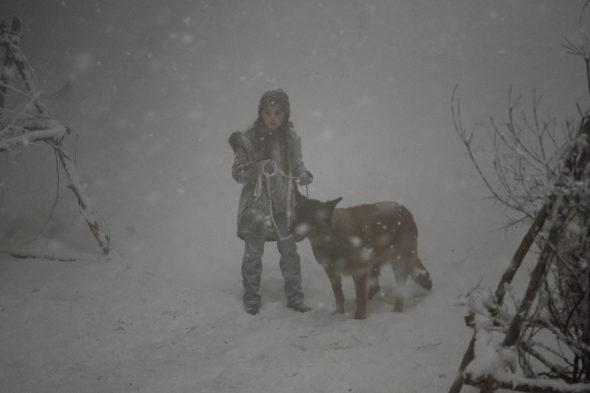 Time to re-sole your walking shoes. AMC has just ordered another spin-off of its monster hit, the Walking Dead TV show. The new series, which does not yet have a title, is scheduled to kick off production this summer, with an eye toward a 2020 premiere.

Scott M. Gimple and Matt Negrete created the newest entry in The Walking Dead TV series franchise. Gimple oversees the whole franchise for the AMC, while Negrete will serve as showrunner on the new program. No cast has been announced, but unlike the prequel, Fear the Walking Dead, the new series is a sequel and will center on “two young female protagonists and focus on the first generation to come-of-age in the apocalypse,” and will feature heroes and villains alike.

SERIES TO BEGIN PRODUCTION THIS SUMMER AND PREMIERE IN 2020

New York – April 8, 2019 – AMC today announced that it has greenlit the third series in the expanding universe of The Walking Dead, an original drama co-created by Scott M. Gimple, chief content officer of The Walking Dead universe, and Matt Negrete, who has been a writer and producer on The Walking Dead for the past five seasons and will be showrunner of the new series. Produced and distributed by AMC Studios, the series will begin production on 10 episodes this summer in Virginia and premiere on AMC in 2020.

“We’re thrilled that the Dead will keep walking into a new corner of the post-apocalyptic world, a corner that will present stories and characters unlike any that The Walking Dead has dramatized thus far, and that is bound to excite one of the most passionate fanbases in television,” said David Madden, president of programming for AMC Networks and AMC Studios.  “Scott has been an invaluable leader for the Universe since taking on the role of chief content officer, with a distinct and innovative vision for the franchise. Likewise, we’re excited to have Matt, who has been a crucial part of The Walking Dead family for over five years and penned many memorable episodes of TWD, at the helm of this original series.”

“On the heels of an incredible ninth season of The Walking Dead and as we approach an anticipated new season of Fear the Walking Dead on June 2, this is an exciting moment for the Dead franchise, which continues to thrive in a highly competitive environment,” said Sarah Barnett, president of the entertainment networks group for AMC Networks. “We are thankful to be working with some of the best creatives in the business to expand this Universe in new and exciting ways for our fans.”

“Showing audiences an unseen pocket of The Walking Dead Universe steeped in a new mythology is a very cool way to celebrate a ‘Decade of the Dead’ on TV and over fifteen years of Robert Kirkman’s brilliant comic,” said Gimple. “Matt Negrete is one of the best writer-producers in TWD’s long history — I’m thrilled to be working beside him to tell stories unlike we’ve seen before, taking our first step into an even larger world.”

“I’m beyond excited to be a part of this new show set in The Walking Dead Universe,” said Negrete. “Writing and producing for the original series has been the job of a lifetime and I’m honored to be working with Scott and all the fine Dead folks at AMC in this new capacity. I can’t wait for the fans of the franchise to see what we’ve been cooking up!”

The third series in a franchise that includes the global hit series The Walking Dead and Fear the Walking Dead will feature two young female protagonists and focus on the first generation to come-of-age in the apocalypse as we know it. Some will become heroes. Some will become villains. In the end, all of them will be changed forever. Grown-up and cemented in their identities, both good and bad.

Based on the comic book series written by Kirkman and published by Image Comics, The Walking Dead and Fear the Walking Dead reign as the #1 and #4 cable dramas among adults 18-49 in Nielsen live+3 ratings, respectively. Both series take place in the months and years after a zombie apocalypse and follow different groups of survivors traveling in search of a safe and secure home.

AMC is home to some of the most popular and acclaimed programs on television. AMC was the first basic cable network to ever win the Emmy® Award for Outstanding Drama Series with Mad Men in 2008, which then went on to win the coveted award four years in a row, before Breaking Bad won it in 2013 and 2014. The network’s series The Walking Dead is the highest-rated series in cable history. AMC’s other original drama series include Better Call Saul, Fear the Walking Dead, The Terror, Into the Badlands, Humans, Preacher, The Son, McMafia, Lodge 49, The Little Drummer Girl and the forthcoming NOS4A2 and Dispatches From Elsewhere.  AMC also explores authentic worlds and discussion with original shows like Talking Dead, AMC Visionaries and Ride with Norman Reedus. AMC is owned and operated by AMC Networks Inc. and its sister networks include IFC, SundanceTV, BBC America and WE tv. AMC is available across all platforms, including on-air, online, on demand and mobile.

What do you think? Are you still a fan of The Walking Dead? Do you plan to check out the sequel series, when it debuts on AMC?

I have been hooked since the very first show. I am a fan of Fear the Walking Dead as well.

Have been a fan since the beginning.

Love The Walking Dead shows,I HATE GIMPLE HAVING ANYTHING TO DO WITH IT,HE KILLED OFF CARL GRIMES AND DESTROYED EVERY STRONG COMIC BOOK CHARACTERS JUST TO KEEP DARYL ANF CAROL TO LEAD and that’s why TWD RATINGS dropped, but I’m ALL THE WAY IN BECAUSE ZOMBIES ARE MY FAVORITE, BUT I KNOW GIMPLE THE PIMPLE WILL DISAPPOINT ME!

Come on stop beating a dead zombie, this show is as dead as the zombies in th ed show. Enough already.

Don’t worry..I’m sure some if not all will be secret MtFs. So it’ll still technically be men like the ones hiding on the original. we got to learn what male and females markers are cuz we’ve been duped longer than you think.to anyone who doesn’t believe me who can a chart showing the differences and compare some of these celebrities male and female. female-to-male surprisingly is the hardest to spot. wake up I did. I don’t like what I see