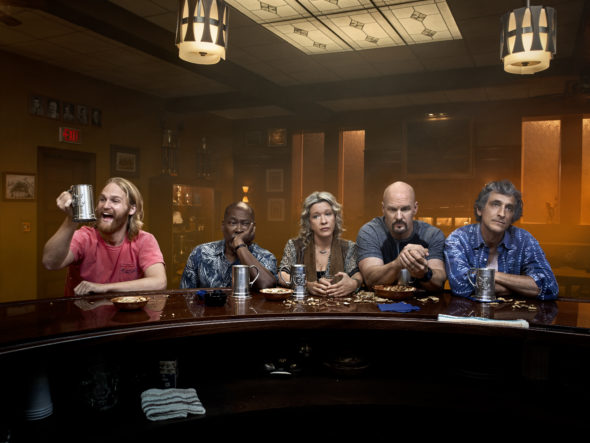 Best show we’ve watched during all of the pandemic!!
Bring it back please
Action, adventure, friendship, exciting plot lines!! Lovable characters. Cool set. We would love to watch season 3

LOVED THIS SHOW!! Kept wondering when, where it was going to COME BACK. Damn it PAINS ME TO HEAR THIS. WHY? Every time a good show comes along they Yank the Rug or rather YANK THE SHOW FROM ME.

How about NETFLIX? Surely they’d do a “limited series”, five 2 hour episodes…how much $ is necessary to film Season 3? Surely we could save the lodge with go fund me, right???

this happens allot with amc shows you get involved and anxiously await the next season and then bam! some corporate big head makes a stupid decision to pull the plug on a excellent different show that more people watch than their poll shows. there are millions of viewers that enjoyed lodge 49 and we’re 2 of them.

don’t stop now, i have to see what happens next. i hope you can find a way to continue this great show.

How could they possibly leave so many fans hanging like that?? Too many questions that need answers. At least make a last episode for things to be wrapped up

No say it isn’t so. We are being left at a cliffhanger. Why even make a series if you aren’t going to finish it. It’s RUDE as can be to do that to people who have invested their time in a story to just say shows over go home.

Lodge 49 cannot be canceled, the show is quirky, light hearted and a fantastic journey that I look forward to each week. You never know from week to week what will pop up and the individual characters..well we can relate with each one of them.

Add me to the list of passionate fans. It has a charm and depth rarely seen on large or small screens. Giamatti is right; it’s weird and there are other weird shows, but Lodge 49 explored areas of mysticism and esoterica in a way that was utterly unique. The beauty of it was the interpenetration of, on the one hand, people just trying to live their mundane lives in Southern California, while at the same time in contact with something ancient, ineffable, and cosmic.

Delightful and well written. What TV needed. Not another reality show or singing-dance competition. Please bring it back

It’s a good show
Bring it back.

This is a gem of a show, exactly the type that tv needs. Save it!

I love this show,,, AMC is making a mistake canceling it