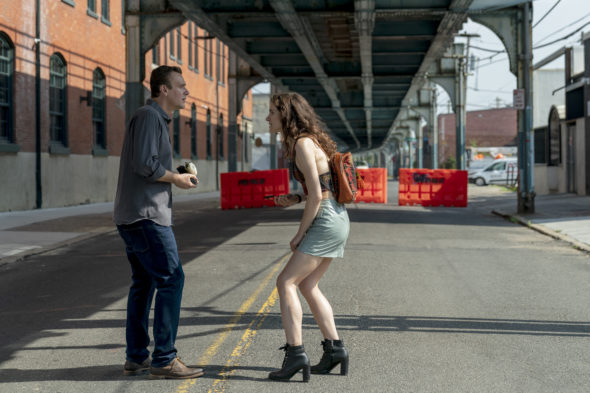 An AMC anthology drama series, the first season of Dispatches from Elsewhere stars Jason Segel, Sally Field, Richard E. Grant, André Benjamin, and Eve Lindley. The show revolves around four ordinary people who each feel that there’s something missing in their lives, but they can’t understand what it is. They are Fredwynn (Benjamin), an obsessive conspiracy theorist; a former homemaker named Janice (Field); Peter (Segal), a regular guy who’s looking for meaning; and Simone (Lindley), who struggles to belong and feel accepted. The diverse foursome is brought together by chance (or is it by design?) when they stumble onto a puzzle hiding just behind the veil of everyday life. Octavio Coleman (Grant) is the unique and forever elusive narrator who shares key details about our four main characters as he guides us all on this adventure.

I really enjoyed Season 1 of Dispatches from Elsewhere and very much hope it will return for more seasons!

I absolutely LOVE Dispatches from Elsewhere, I love the characters. I hope it’s renewed and the 4 main characters come back❤️❤️

This is a must watch TV show! Don’t give up on it after the first episode. It’s one of the best shows I’ve seen in a long time. I hope that it keeps me intrigued, since it’s only episode 4. But somehow I’ve got the feeling that it’s going to be awesome!

I told my husband that the show is like being in someone’s dream. There’s a beauty in the unknown & strangeness.

Strange, but quite beautiful. I enjoy not knowing where we will go next. This show is intriguing.