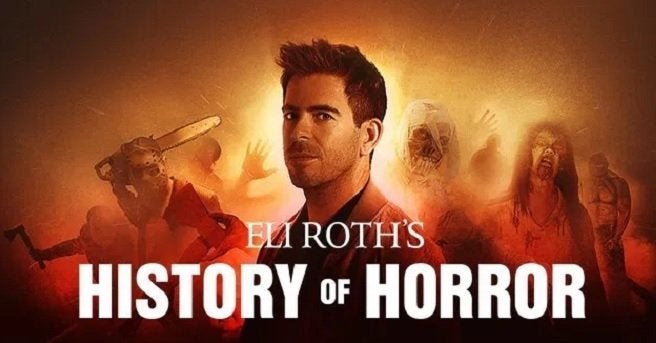 Get ready for more horror from Eli Roth on AMC. The network has renewed Eli Roth’s History of Horror for a second season. The season will consist of six episodes.

AMC revealed more about the renewal in a press release. Check that out below.

AMC announced today that it had renewed Eli Roth’s History of Horror for a second season of six episodes. The second season, which will also appear on AMC Networks’ horror streaming service, Shudder, will feature episodes devoted to monsters, evil children, witches, body horror, houses of hell and “Eli’s Terrifying Twelve.” Season one reached nearly 6 million viewers on AMC in Nielsen live+7 ratings, the episodes later appeared on Shudder, and extended cuts of the interviews in the show were released as a podcast, which became the #2 podcast in the TV & Film genre – a true original programming trifecta.

“I’m so thrilled to be continuing this historic series with AMC. In season one, we had the most incredible conversations with the top creators in the field who really helped fans around the world appreciate the horror genre in a new light,” Roth said. “From Quentin Tarantino to Jordan Peele to Stephen King and Jamie Lee Curtis, everyone shared stories about creating the fright masterpieces that still chill us to this day. What’s most exciting about this show is that the fans get to understand these films on a much deeper level, and many go back and rediscover older films they may not have seen for years or missed entirely. We look forward to going even deeper in season two, bringing out the A-listers to share their stories with everyone for all time and adding more and more films to the canon. AMC is the perfect network to partner with on a passion project like this and we can’t wait to get started.”

A premiere date for season two of this AMC series was not revealed.

I wondered if this would be back. So thrilled! Can’t wait!!