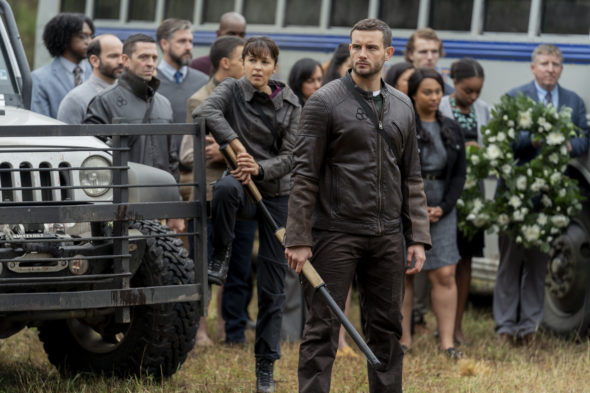 An AMC horror drama set in the universe of The Walking Dead TV series, The Walking Dead: World Beyond follows the first generation raised in a surviving civilization of the post-apocalyptic world. The show stars Aliyah Royale, Alexa Mansour, Annet Mahendru, Nicolas Cantu, Hal Cumpston, Nico Tortorella, and Julia Ormond. The story begins following two sisters and two friends as leave a place of safety and comfort to brave known and unknown dangers and begin an important cross-country quest. Pursued by those who wish to protect them and those who wish to harm them, it’s a tale of growing up and transformation. The story unfurls across dangerous terrain, challenging everything they know about the world, themselves, and each other. Some will become heroes while others will become villains. In the end, all of them will be changed forever. Grown-up and cemented in their identities, both good and bad.

I liked the series. I enjoyed a new perspective in the walking dead world. Starts a little slow but can’t wait for season 2 to learn more about these characters. I hope it doesn’t get cancelled, would be interesting to see how these characters tie into the other WD shows.

i liked some of the first episode, was a bit slow and some parts were boring, i get that het first episode needs to introduce the cast and main characters, but it didnt really make me feel for any of them, i will watch 2-3 more episodes before deciding to watch it all or not, but right now, im glad its a “limited series”

I thought it was good. I like anything related to the walking dead world

I liked it so far

Not really. AMC ordered 2 seasons out of the gate, before any episodes were aired.