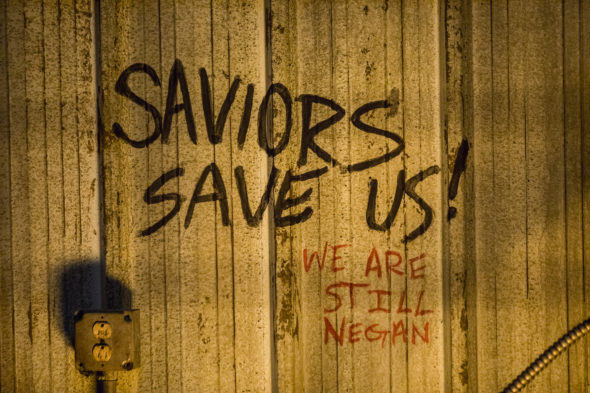 What kind of progress do the survivors make during the ninth season of The Walking Dead TV show on AMC? As we all know, the Nielsen ratings typically play a big role in determining whether a TV show like The Walking Dead is cancelled or renewed for season 10. Unfortunately, most of us do not live in Nielsen households. Because many viewers feel frustration when their viewing habits and opinions aren’t considered, we’d like to offer you the chance to rate all of The Walking Dead season nine episodes. **Status update below.

The ninth season of The Walking Dead on AMC kicks off a year and a half after the end of the war. Rick Grimes (Lincoln) is leading the survivors’ as they try to rebuild civilization. As time goes by, they will face all kinds of obstacles, dangers, and yes, walkers, but none of them are ready for a new threat to the very idea of civilization itself.

What do you think? Which season nine episodes of The Walking Dead TV series do you rate as wonderful, terrible, or somewhere between? Should AMC have cancelled or renewed The Walking Dead for a 10th season? Don’t forget to vote, and share your thoughts, below.

Still like the show. Ratings have been going down for the last few yrs. way before RG left show. We are probable down to us faithfull. One thing though, How could the heads be alive if they were on a stake!?!

This should be the last season of TWD after the recent events I am not interested in any further shows, it had a great run let it end honorably please don’t drag it out and ruin it. Time for you guys to come up with another masterpiece for us to enjoy. Thank you.

I think that less people are watching because of the Andrew Lincoln retirement. Perhaps announcing it actually backfired on them. Plus the show is getting to predictable, which happens with every show over time. You know that the glass is going to crack the moment you see it and that someone is falling in, you know that dumb kid is going to get bitten because he is well, dumb. Even six or seven years post ZA people are still getting bitten in stupid ways?? Not good for ratings.