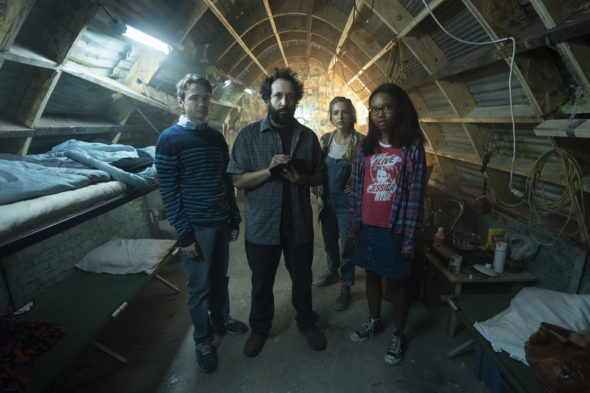 TV show description:
A conspiracy thriller series, the Utopia TV show revolves around a group of people trying to save the world, while trying to find their place in it. Inspired by the British series of the same name, the show comes from best-selling author Gillian Flynn, who serves as showrunner and executive producer.

The story centers on a group of comic fans who meet online and bond over their obsession with a seemingly fictional comic called, “Utopia.” Together, Becky (LaThrop), Ian (Byrd), Samantha (Rothe), Wilson Wilson (Borges), and Grant (Walton) unearth hidden meanings cloaked within the pages of the comic that predict the threats to humanity. They realize these are not just the makings of a conspiracy; they are very real dangers coming alive in their world.

The high-stakes adventure brings the group face-to-face with the comic’s famed central character, Jessica Hyde (Lane), who joins them on their mission to save the world while harboring secrets of her own.

What do you think? Do you like the Utopia TV show? Do you think it should have been cancelled or renewed for a second season?