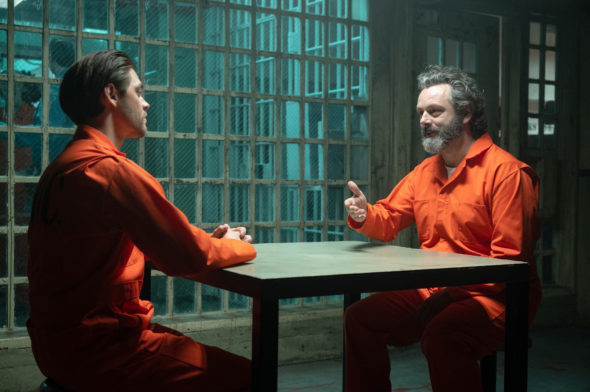 Prodigal Son just aired its first season finale, so what’s next? Recently, creators Sam Sklaver and Chris Fedak spoke with Deadline about the future of the FOX TV show.

Although FOX has not announced a season two renewal for Prodigal Son, creators Sam Sklaver and Chris Fedak do have ideas for another season. The two told Deadline they’d like to explore other characters’ perspectives:

But I also think we could see it through Jessica’s viewpoint. To a smaller extent, Gil’s. Everyone who is in Martin’s life, the idea at the core of this show is what if your father was a serial killer but I’m just as fascinated by the idea of what if your husband was a serial killer. So, I do think, we’re so blessed with Bellamy, Halston and Tom, this Whitly family, we can focus on so many aspects of them and we know that our actors can deliver with such high calibre, we can’t really do any wrong, hopefully.”

And fans don’t have to worry about Gil. Sklaver and Fedak want Lou Diamond Phillips back for season two:

From our perspective, that’s a story that we’re going to follow next season with regards to Lou. Lou Diamond Phillips is an amazing actor and national treasure, so we would be real dummies, not to bring him back for season two.”

What are the chances of a renewal from FOX? The two creators say they are “cautiously optimistic.”

What do you think? Are you a fan of Prodigal Son? Do you want a second season?

Prodigal Son is one of the best shows I’ve ever seen!!! I’m truly looking forward to another season, and hope for many, many more!!

Love Prodigal Son. Would love to se it renews for many seasons to come!!!!!!

Yes when are we going to get to see season 2

Yes bring it back! Enthralling!!

Yes bring it back!

We want it back! It’s one of our favorite shows

Love Prodigal Son. Bring it back.

Fabulous show. Must be renewed. The ending of Season 1 was incredible and unexpected.