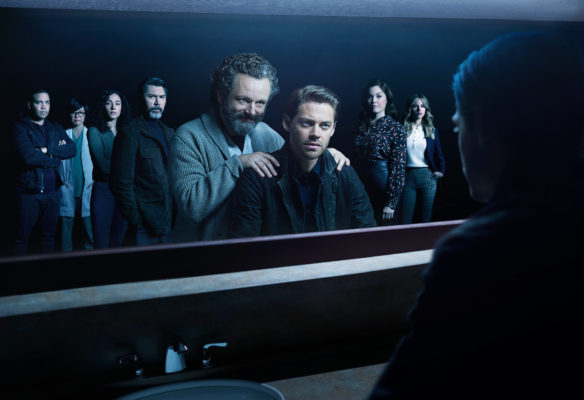 TV show description:
A crime drama series with a twist, the Prodigal Son TV series has a darkly comedic tone. On the show, Malcolm Bright (Payne) is an extraordinary criminal psychologist who knows how killers think and how their minds work. Back in the 1990s, his father, Dr. Martin Whitly (Sheen), was one of the worst — a notorious serial killer called “The Surgeon” who killed at least 23 people.

Since murder is “the family business”, Malcolm uses his twisted genius for good, to help the NYPD solve crimes and stop killers. He does this while dealing with an elegant and manipulative mother named Jessica (Young), an annoyingly normal sister named Ainsley (Sage), a homicidal father who’s still looking to bond with his prodigal son, and his own constantly evolving neuroses.

Malcolm works alongside his longtime mentor, Gil Arroyo (Phillips), and two detectives — no-nonsense Dani Powell (Perrineau) and JT Tarmel (Harts), a born-and-bred New Yorker who questions whether Bright is a psychopath himself.

Series Finale:
Episode #33 — The Last Weekend
The search for a serial killer known as “The Woodsman” might help the NYPD find one of their own.
First aired: May 18, 2021.

What do you think? Do you like the Prodigal Son TV show? Do you think it should have been cancelled or renewed for a third season?

My wife & I loved Prodigal Son. Interesting twists & turns; developing love interest for Malcolm; lots of opportunities for changing direction. Wish it would have been renewed.

This show should have most definitely been renewed. This cancelation definitely makes me want to go to 100% streaming show.