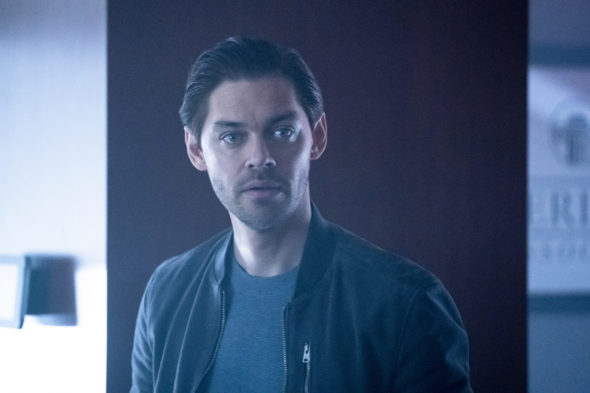 The drama follows Malcolm Bright (Payne), a profiler working for the NYPD. During season one, Bright was forced to work with his serial killer father (Sheen) when a copycat killer surfaced.

The following was revealed about Borle’s and Potts’ roles on Prodigal Son:

“Borle will play Friar Pete. A former friar ejected from his church for extremist views, he is famous for a notorious killing spree that has landed him in the psychiatric ward with Martin (Michael Sheen). Friar Pete is a careful listener and offers respite to the other patients — and becomes a key consultant in Bright’s latest case.

Potts will portray Dr. Brandon Marsh, Martin’s new therapist at Claremont who’s desperate to have a breakthrough with his psychiatric patients.”

Check out photos of the pair below.

Who you are is not who you’ve been.

Prodigal Son returns with its second season on January 12th.

What do you think? Are you excited for the return of Prodigal Son? Do you plan to watch season two on FOX?

Yes love the show,all the characters play there part perfect.

Yes this show and the characters are amazing.