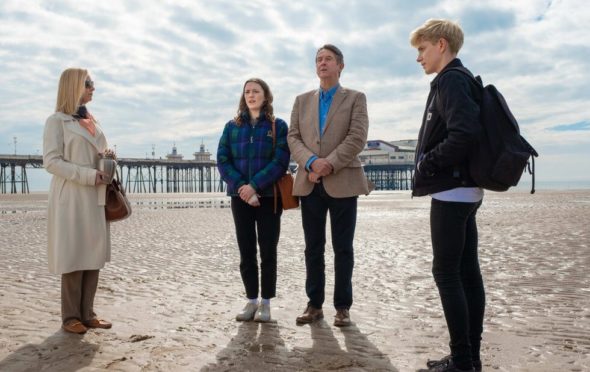 There’s mixed news for fans of the Feel Good TV series on Netflix. The streaming service has renewed the dramedy series for a second, albeit final, season. The first season had been a co-production with Channel 4 in the UK but the second season will be a Netflix exclusive.

A semi-autobiographical series, Feel Good was co-created and written by Canadian comic Mae Martin and Joe Hampson. The series follows recovering addict and comedian Mae (Martin), who is trying to control the addictive behaviors and intense romanticism that permeate every facet of her life. Life is further complicated by a new and all-consuming relationship with her new girlfriend, George (Charlotte Ritchie). In the second season, the love story continues as Mae struggles to come to terms with the ghosts from her past and George tries to reinvent her present.

Martin broke the news of the renewal via social media.

SO EXCITED TO FINALLY BE ABLE TO ANNOUNCE SEASON 2 OF FEEL GOOD. This was filmed at 5am I look nuts. https://t.co/W2Q5AX6179

“I’m beyond excited to be able to return to the world of Feel Good, and to see Mae and George’s love story through to the dramatic conclusion we had always planned,” said Martin. “I’m really deeply attached to this story and I’m so grateful to be getting back to work with the incredible team at Objective Fiction and our hilarious cast. Having spent most of 2020 speaking only to my kettle and my television as I watched the world burn on the internet, I’m euphoric to be around other human beings again. Seeing Joe Hampson’s and my dumb jokes come to life is heaven. Thank you, Netflix!”

Production is underway in London on the new episodes and they’ll be released at some point in 2021. Though Feel Good is coming to an end, Netflix is developing another project with Martin and series producer Objective Fiction.

What do you think? Have you watched the first season of Feel Good on Netflix? Are you looking forward to watching the second and final season?