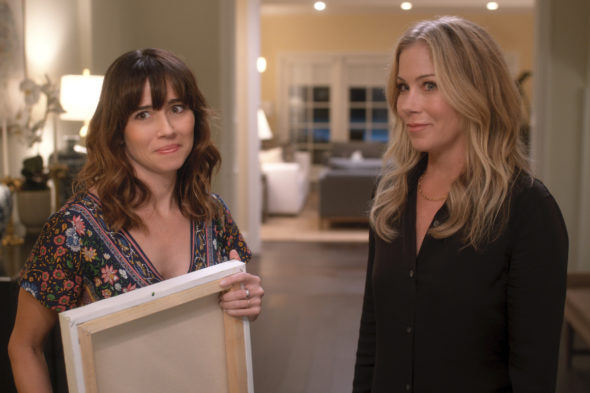 It seems that the Dead to Me TV show isn’t long for this world. Netflix has announced that the show has been renewed for a third but final season.

A single-camera comedy series, Dead to Me revolves around a hotheaded realtor and widow, Jen (Christina Applegate), who searches for the hit-and-run driver who mowed down her husband. In a therapy group, she befriends an eccentric optimist named Judy (Linda Cardellini) who isn’t quite what she seems. Others in the cast include James Marsden, Max Jenkins, Sam McCarthy, and Luke Roessler.

The first two seasons had 10 episodes apiece and were released in May 2019 and May 2020, respectively.

In addition to the renewal, it was also revealed that Netflix has formed a multi-year partnership with Dead to Me creator Liz Feldman for the development of original series and other projects.

What do you think? Have you enjoyed the Dead to Me TV series? Will you watch season three? Are you sorry that the series is ending?

Love this show! Wish good series would stop getting cancelled, and keeping dumb ones and way too many reality ones. Too bad!

Love this show. These two ladies play so well off each other. Any word on when it may be premiering?

Love this show and will watch season 3.It is a shame this will be the last season