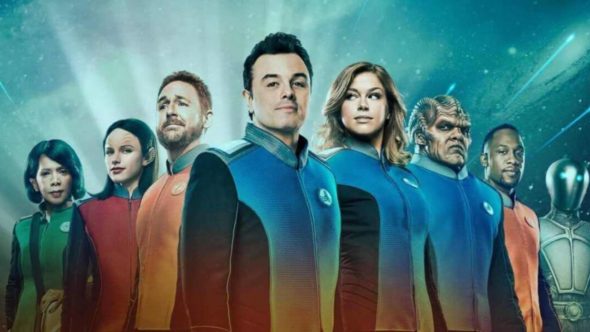 The Orville cast is back to work. Production on season three of the Hulu sci-fi series has resumed. The cast and crew of the series were forced to shut down production in March due to the pandemic.

Members of the cast and crew shared the news from the set on social media to mark the restart of filming.

And we’re back! Season 3 filming has officially started. #TheOrville 💫 pic.twitter.com/jkMx19WbiE

And as of today, @TheOrville is back in production!

Trek Movie also revealed more about season three of the former FOX series. Fans will see 11 episodes for season three on Hulu. The episodes will have longer run times than they did on FOX.

A premiere date for season three of The Orville has not yet been set, but it is likely to return with its new episodes before the end of 2021.

What do you think? Are you excited for the return of The Orville? Will you watch the show on Hulu?

Really happy it’s coming back because it is good sci-fi with comedy.

Yes, the best sci-fi show for sure

Yay looking forward to it