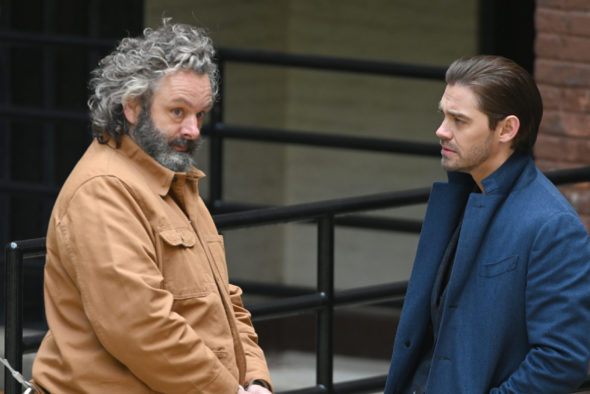 Malcolm’s work and family struggles are over. FOX has cancelled the Prodigal Son TV series so there won’t be a third season.

A crime thriller series, the Prodigal Son TV series stars Tom Payne, Lou Diamond Phillips, Aurora Perrineau, Frank Harts, Keiko Agena, Bellamy Young, Halston Sage, Michael Sheen, and Catherine Zeta-Jones. Season two guest stars include Christian Borle and Michael Potts. In the story, Malcolm Bright (Payne) is an extraordinary criminal psychologist who knows how killers think and how their minds work. In the 1990s, his father, Dr. Martin Whitly (Sheen), was a notorious serial killer called “The Surgeon” who killed at least 23 people. Since murder is “the family business”, Malcolm uses his twisted genius for good, to help the NYPD solve crimes and stop killers. He works alongside his longtime mentor, Gil Arroyo (Phillips), and two detectives — no-nonsense Dani Powell (Perrineau) and JT Tarmel (Harts), a born-and-bred New Yorker who questions whether Bright is a psychopath himself. In season two, Malcolm must deal with the repercussions of the first season finale and his father seeks to deepen his relationship with his prodigal son.

Airing on Tuesday nights, the second season of Prodigal Son averages a 0.41 rating in the 18-49 demographic and 2.09 million viewers in the live+same day ratings. Compared to season one, that’s down by 45% in the demo and down by 38% in viewership.

The last episode of the second season (and the series) will air on May 18th. According to Variety, the decision to cancel the show was a tough one and noted that the network brass just didn’t feel that the ratings justified a third year. It’s not known yet if the show will be shopped to other outlets.

Cast and crew reactions can be found here.

What do you think? Have you kept up with the Prodigal Son TV show on FOX? Were you looking forward to season three?

I watched Prodigal Son on Hulu every week. My favorite show. Do you count the one’s that watch it on Hulu as part of your ratings? If you did I really doubt you would end it. Loved the actors, the story line, that by the way could have continued without the surgeon. You keep these other mundane shows on and get rid of the great one’s. Makes no sense. Please rethink this and if anything keep it on Hulu or if Hulu can let them continue it or even Netflicks. Someone, anyone, please.

I loved prodigal son. So sad it was cancelled. Is anyone picking it up on a different network.

Love this show, can’t believe they canceled it. I’m hoping someone else will pick it up. Great show , great actors. I can’t believe they only cancel the shows I like but yet they leave all of these crappy reality and game shows on. Who watches that crap? There are too many game and reality shows on and not enough shows.

Live this show hope they reconsider

What is your problem? Leave this show alone! This is a travesty…every time there is an extremely good show with great writers, fantastic actors, and a good plot it is taken off! TV has gone downhill…give me streaming or anything other than what is currently being displayed. Shame on you!!!

WTH, we love this show, bring it back…

Don’t cancel!! This is a great fun show!!

What the hell. I love this show. Bring it back. I am tired if when’s good show comes on you cancel it. It has a great plot every week.

I absolutely will not watch anymore FOX series. If a show like Prodigal Son can’t make it, why should I waste my time on anything else that you decide to broadcast.