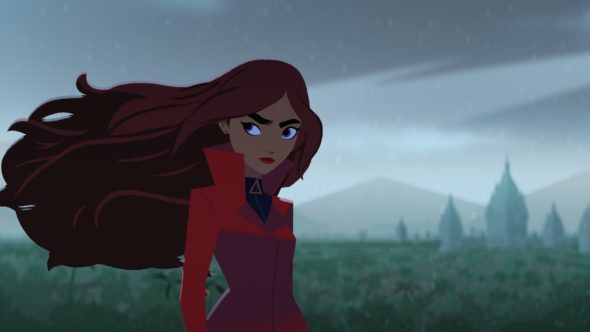 Netflix announced the return of the series via Twitter.

To the end of the line. The fourth and final season of #CarmenSandiego premieres January 15, on @netflix! @netflixfamily pic.twitter.com/tAfTud5Hkf

The animated series follows Carmen around the world as the show teaches kids about geography and more. The series is the latest show in a franchise that’s based on a series of educational computer games that debuted in 1985 as  Where in the World Is Carmen Sandiego?.

What do you think? Are you a fan of the Carmen Sandiego TV Show on Netflix? Are you sad to see the latest animated series end?

I really love Carmen Sandiego and I hope at least in a 5th season, maybe where Carmen create a good “Vile” and where we can know the past of Carmen’s mother.

I love the Carmen Sandiego cartoon and I *am* sorry to hear that this will be the last season! But if Carmen finds her birth mom and defeats VILE for good, then that’s all right. Still, I do hope that Netflix will have more seasons. Carmen being gone is so sad.

I want to see more of Carmen Sandiego on Netflix, but if ends I’m ok with it.

I really really like the new series, they need to keep it going, I like the idea of 6 seasons

Six seasons and a movie!

I’m a fan. This series has a lot more to offer, lots of room for more complexity. It should not end yet. Six seasons seems doable and reasonable.

That suuuucks!!!! I love this show