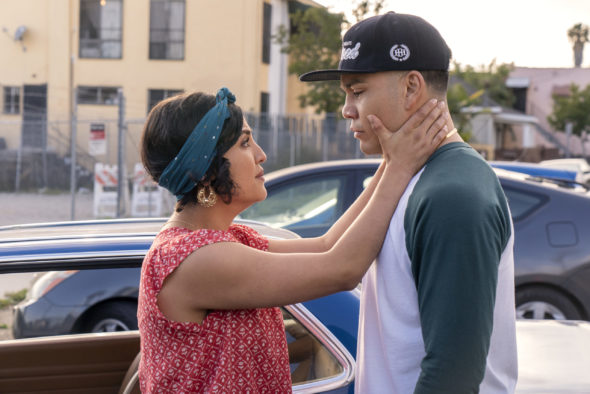 Gentefied has been renewed! Netflix has ordered a second season of the series, and the cast is celebrating with a special event.

The cast of Gentefied is gathering for a live table read hosted by George Lopez and benefitting non-profit Proyecto Pastoral on Wednesday. The event will air on YouTube!

Check out a short video announcement by Netflix on Twitter.

join the @gentefied cast to celebrate with a live table read hosted by @GeorgeLopez and benefitting non-profit Proyecto Pastoral – this Wednesday 5/20 at 5pm PST/8pm EST on @netflixisajoke YouTube 🎉 pic.twitter.com/nqyxkzmH6I

A premiere date for the series was not revealed.

What do you think? Are you a fan of this Netflix dramedy? Will you watch season two?