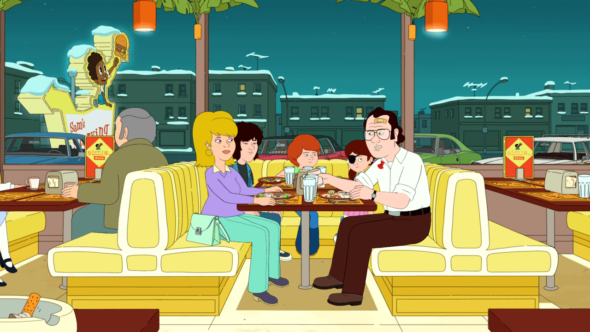 Netflix is all about family. Today, the streaming service announced they’ve renewed F is for Family for a fourth season.

Netflix has ordered 10 episodes for season four of F is for Family. You can read more info below:

We’re udderly thrilled to announce the renewal of F Is for Family, which will return with its 10-episode fourth season next year!

About F is for Family

From comedian Bill Burr and Emmy? award-winner Michael Price, F is for Family transports viewers back to the 1970s, a time when political correctness, helicopter parenting and indoor smoking bans weren’t part of anyone’s vocabulary, let alone the norm.”

What do you think? Are you a fan of F is for Family? Are you glad it’s coming back?

Love this show! If you grew up in the 70s and aren’t easily offended give it a try.

I only caught this show this year but glad that I did.

One of the better animated adult programmes.