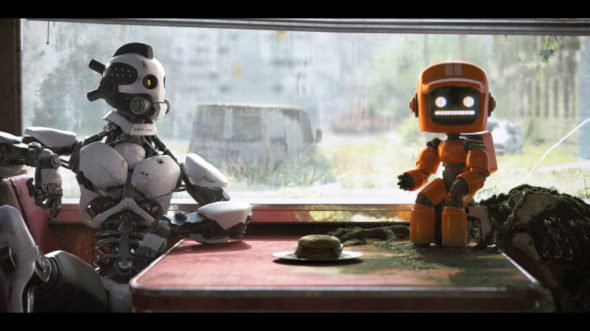 Get ready for more Love, Death, and Robots. Netflix just announced they’ve renewed the TV show for a second season.

The anthology series “is a collection of animated short stories that span the science fiction, fantasy, horror and comedy genres. With a bold approach to each story’s narrative, episodes are intended to be easy to watch and hard to forget.”

In addition to the renewal news, Netflix announced Jennifer Yuh Nelson has joined Love, Death, and Robots as supervising director. See the announcement below:

"Love, Death and Robots" will be back! Jennifer Yuh Nelson has joined as supervising director for Volume 2 and will oversee all episodes pic.twitter.com/8OVStMbpeP

What do you think? Have you seen Love, Death, and Robots? Will you watch the new season?

Brilliant series, one or two episodes didn’t work but the majority were excellent. One good thing, as the episodes are very short you don’t really lose interest.