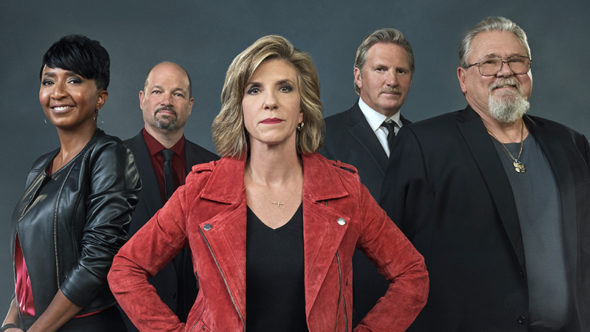 Time to get ready for a new season of Cold Justice! The series is returning next month with brand new episodes. Viewers of the series will see eight episodes during season six.

Oxygen revealed more about the new season in a press release. Check that out below.

“Oxygen, the destination for high-quality crime programming, kicks off a new season of its highest rated series Cold Justice on Saturday, March 14 at 6 pm ET/PT. Working alongside local law enforcement from across the country, the Cold Justice team has successfully helped bring about 20 convictions and 45 arrests, five of the arrests which will be seen in this upcoming batch of new episodes.

From Executive Producer Dick Wolf, the true crime investigative series follows veteran prosecutor Kelly Siegler and her rotating team of seasoned detectives – Johnny Bonds, Steve Spingola, Tonya Rider and Abbey Abbondandolo, as they travel to small towns to dig into unsolved homicide cases that have lingered for years without answers or justice for the victims.”

Check out a sneak peek for the new season of Cold Justice below.

What do you think? Are you a fan of this series? Will you watch the new season?

Love this show, Kelly is the best!!

Will definitely watch this show. Love it!