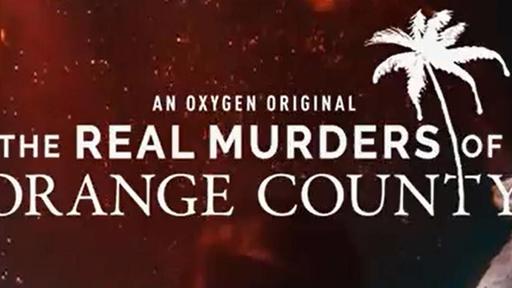 The Real Murders of Orange County is coming soon to Oxygen, The new true-crime series, which examines killings that occur in an affluent area of Southern California, premieres in November.

Oxygen revealed more about the new series in a press release.

“Oxygen, the destination for high-quality crime programming, debuts a new series The Real Murders of Orange County, delving into the most horrific, sinful and salacious cases that rocked Southern California’s wealthy coastal community. Launching Sunday, November 8 at 7pm ET/PT with two hour-long episodes, the series will air every Sunday night with back-to-back premieres. From a murder for hire gone wrong to families turning on their own, viewers will hear the harrowing tales of when privilege leads to problems and greed leads to murder.

The premiere episode examines the case of Jane Carver, a flight attendant who died while jogging yards away from her home in the picturesque community of Fountain Valley. With no evidence and minimal information from witnesses, the shooting goes unsolved for a year until police linked a similar shooting in Huntington Beach that led to the true motive behind the murder. This tragic case of mistaken identity shocked the affluent community as one wrong turn led to a brutal murder.

Following at 8 pm, is the senseless shooting of the Sachs family that rocked the community, when the family is gunned down in their seaside vacation home, leaving both parents dead and the brother paralyzed. What police discover is that not everyone was successfully living up to the perfect family image and it ended in a devastating murder.

What do you think? Will you check out The Real Murders of Orange County in November on Oxygen? Do you like to watch true-crime shows?

Will you cover the killings Mark Hilbun did in 1993? Postal worker

Do you have contact info for the Executive Producers of this new REAL MURDERS OF ORANGE COUNTY show? I’m looking to contact them regarding a possible future story about a good family friend who was murdered in Corona Del Mar in 1977. Authorities assumed she was killed by one of the many serial kllers that were roaming OC and surrounding areas at that time, but to this day, it remains a cold case.