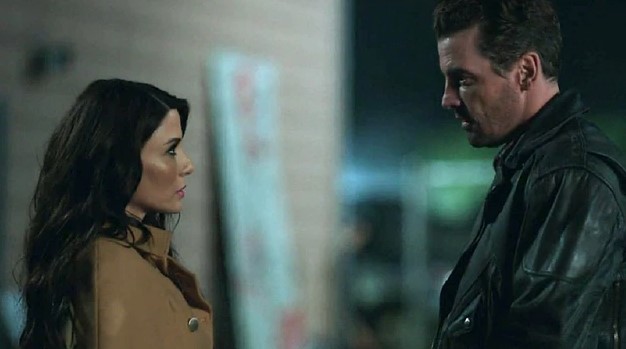 Riverdale is currently airing its fourth season on The CW, but season five is already been planned. The series was given an early renewal. Two members of the current cast will depart by the end of the season.

TV Line revealed that Skeet Ulrich is leaving the season. He said the following about his departure in a statement:

“I’m incredibly grateful for the friendships I’ve made on Riverdale, and I will miss seeing everyone on a daily basis. I’m proud to have been part of such a talented group of people, in front of the camera and behind. But I’ve decided that it’s time for me to move on to explore other creative opportunities.”

Marisol Nichols is also departing the series. She released her own statement to TV Line. She said the following:

“I had an incredible time bringing Hermione Lodge to life and working with my amazing cast, who became family. We had so many wonderful times together during the highest of highs and the lowest of lows. We really do have the best fans ever. I am looking forward to the next chapter and am excited about the future.”

The two play parents of the Riverdale gang on the The CW series. It is not surprising to see the older adults leave the series. Jughead, Veronica, and the others are currently in their senior year. The characters are growing up and becoming adults. This isn’t the first series to see the parents leave when the kids graduate high school. Beverly Hills, 90210 did the same back in its day.

What do you think? Are you shocked to hear about these exits on Riverdale?

Sorry to see Skeet Ulrich go ,always liked him as an actor.