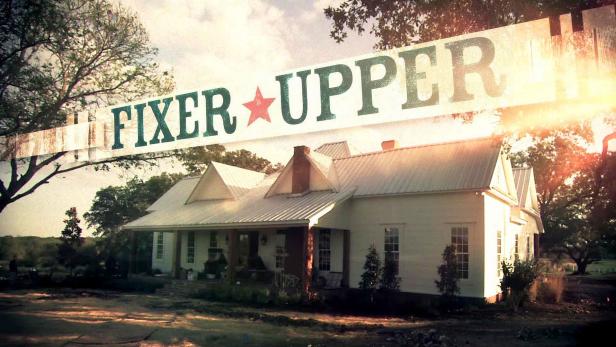 Fixer Upper is returning. Chip and Joanna Gaines have announced a reboot of the home renovation series which will air on their new Magnolia Network (a joint venture with Discovery which will replace the DIY Network).

The original Fixer Upper series ended in April 2018 after five seasons on HGTV. The reboot will air sometime in 2021, when the new cable channel launches.

Magnolia Network revealed more in a press release and released a video teaser:

“Magnolia Network, Discovery, Inc.’s joint venture with Chip and Joanna Gaines, announced the return of the beloved series Fixer Upper, which ran for five seasons before airing its final episode in April 2018. The Fixer Upper series reboot will air exclusively on Magnolia Network and will premiere at the time of the Network’s launch in 2021. The network also announced two additions to its growing slate of original programming: an untitled project featuring interior designer Brian Patrick Flynn and “Self Employed” (wt) with entrepreneur Jonathan Morris.

“The day we wrapped our final episode of Fixer Upper, we really believed it was a chapter closed. We knew we needed a break and a moment to catch our breath. But we also knew we weren’t done dreaming about ways to make old things new again,” said Chip and Joanna Gaines. “These past few years, we’ve continued tackling renovations and projects, doing the work we’re passionate about, but I don’t think either of us anticipated how the show would become such a permanent fixture in our hearts. We’ve missed sharing the stories of these families and their homes with you, and we’re excited to do that again very soon!”

During its initial run, Fixer Upper was the no. 1 unscripted series on all of cable television with 75 million viewers tuning in for the show’s fifth season, including 19.6 million on a weekly basis. The reboot will be produced by the Gaines’ production company Blind Nil.

“We are thrilled to welcome back the very show that introduced us all to Chip and Jo in the first place. Fixer Upper is a cultural phenomenon that took an entire programming category by storm when it launched in 2014, and we can think of no better way to launch this Network,” said Magnolia Network President Allison Page. “And as we continue to round out our programming slate, we’re excited to announce projects with designer Brian Patrick Flynn and entrepreneur Jonathan Morris, two talented individuals with exceptional stories. There’s a lot to look forward to, and we’re just getting started!”

What do you think? Are you excited for the return of the Fixer Upper TV series? Do you plan to check out the Magnolia Network when it launches?

I truly find the Chip n Joanna team disingenuous. Can’t see past narcissistic egos in both. I felt led through the story of their humnbleness but found them both star struck and now star starving. They have enough in their lives. Please don’t strive to be America’s darlings. I just can’t handle their shtick at every turn…THERE THEY ARE. overstaturation.