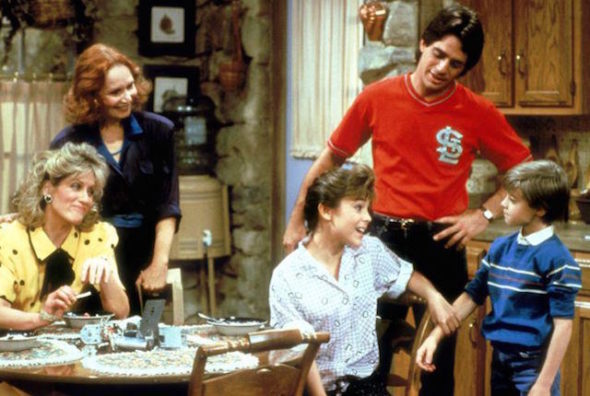 Get ready for a return of Who’s the Boss? in the near future. A sequel sitcom is now in the works with Tony Danza and Alyssa Milano reprising their roles as Tony and Samantha Micelli.

Deadline revealed more about the revival of the series:

“The new show will take place 30 years after the events of the original series, centered around former Major League Baseball player/retired housekeeper Tony Micelli and his relationship with his daughter Samantha Micelli. She is now a single mother, living in the house the original series was set in. In line with Norman Lear’s classic shows, the new comedy will explore generational differences, as well as opposing world views and parenting styles within the dynamic of a modern family in 2020.”

Judith Light and Danny Pintauro, who also starred in the original ABC series, are said to be “supportive” of the new project and are expected to be included in some way. Co-star Katherine Helmond passed away last year, at the age of 89.

Milano confirmed the revival of the series on social media.

🚨ANNOUNCEMENT🚨 I AM SO EXCITED! #WhosTheBoss is coming back!!! I’ve wanted to share this for so long and now I can! 😭 We feel the time is right to tell the story of where these amazing characters are today. Can’t wait to share their stories with you. So happy.

Who’s the Boss? aired for eight seasons and 196 episodes on ABC. The revival is being shopped to networks and streaming outlets now and is expected to be packaged with the original episodes.

What do you think? Do you remember the Who’s the Boss TV series? Will you watch this sequel series?

Did Tony and Angela finally get married? Would love a reunion, missing Mona… she was great.

Are you f—-ing kidding me? No one wants to see that show again. Old old old show

Enjoyed the show back then, would love to see how it looks when they bring it back.

this show was pretty good, i just hope its going to still be a comedy, and NOT a political platform for alyssa milano

Yes I would watch it. Love the show.

It a bad time this was one of my favorites show, hope they do it as much funny as the original

Omg I would love to see this show, I think it will be hit, I can’t wait

They need to leave the classic T.V. series alone. Just because no one can come up with an original idea anymore doesn’t mean they have to reboot every old television show and ruin your childhood memories, because the show will not be the same and that is the reason most of these shows went off in the first place ,the kids grew up and it just wasn’t the same.

I’ve seen some episodes of the show but it was never really one of my favorites. That being said I would still try to watch the original over another needless “TV Revival”, “sequel series”, spin-off or whatever they want to call it.