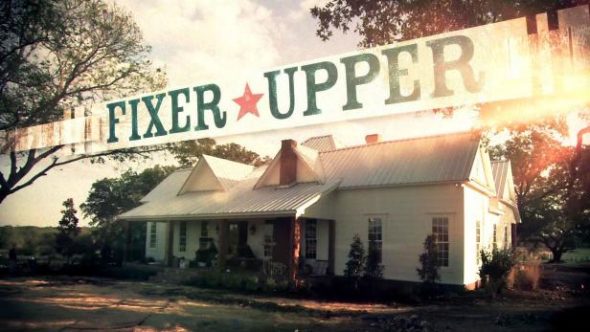 Get ready for a brand-new season of Fixer Upper. The final season will premiere in November, and fans will also see a new spin-off titled Fixer Upper: Behind the Design.

HGTV revealed more about the return of Fixer Upper in a press release. Check that out below.

After attracting more than 27.5 million viewers during its previous run, HGTV’s smash hit series Fixer Upper, featuring power couple Chip and Joanna Gaines, will return for its fifth season on Tuesday, November 21, at 9 p.m. ET/PT. Fixer Upper follows Chip and Joanna as they fix up homes in their Waco, Texas, hometown. The long-awaited 19 one-hour episodes will star the popular home renovation duo, who also have been showcased in the pages of HGTV Magazine, on the covers of numerous national print publications and in interviews on national talk shows.

Fresh episodes of Fixer Upper will feature more families who look to the Gaines for help evaluating and transforming a fixer upper into the home of their dreams. The new season also will feature special guests, including former First Lady Laura Bush and football star Tim Tebow. Fans can visit HGTV.com/FixerUpper throughout the new season for exclusive online content, including behind-the-scenes videos and photo galleries. They also can interact on social media using #FixerUpper.

“We are really, really proud of season five. We laid it all on the field and didn’t hold anything back,” said Chip, while Joanna added, “We love renovating homes for all these beautiful families. It has become such a big part of our lives.”

The premiere episode of season five features Matt and Samantha, a couple who is moving to Waco from Austin, Texas, to find their first family home. They want a historic charmer with lots of room in the budget so that Chip and Joanna can customize it to perfection. To make the renovation more personal, the Gaines secretly ask Matt’s grandfather, a woodworker in Kansas City, to build hand-crafted end tables for the couple’s home.

“Fixer Upper fans are going to love this season,” said Allison Page, general manager, U.S. Programming and Development for HGTV, DIY Network, Food Network, Cooking Channel, Travel Channel and Great American Country. “Chip and Joanna’s love for their family, their admiration and respect for each other, and their genuine passion for home renovation inspires everyone who watches the series.”

In May 2018, Joanna and Chip also will star in a new spin-off series, Fixer Upper: Behind the Design. The half-hour, behind-the-scenes companion will focus on Joanna’s process to create the breathtaking designs – shiplap and all – in each Fixer Upper episode.

Are you a fan of Fixer Upper? Will you watch the new season? Tell us what you think.

I will not watch new season of fixer upper unless chip stops acting like a moron.

I love Fixer Upper! It is more than about a remaking of a home. It is about a family and their hearts expressed in remaking that home. Please bring them back, if possible!!

Definitely love Fixer Upper with Chip and Joanna Gaines, and any spin-off of their show. It is one of the few that shows the true caring relationship between the husband and wife on a television reality show. I will definitely miss them when the show is cancelled. Good luck and many blessings to you and yours, Chip, Joanna and family in the future.
Kathleen Dough
Manteo, NC 27954