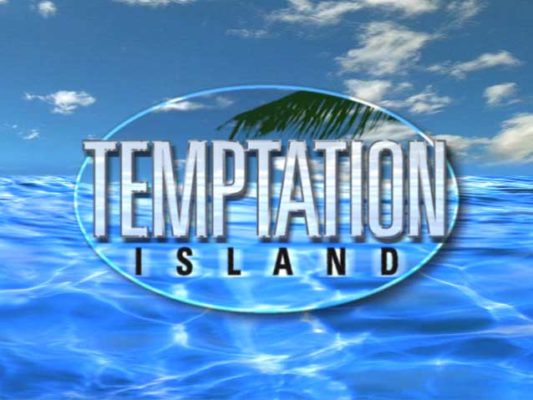 Is Temptation Island making a comeback? Today, USA Network announced they are rebooting the TV show.

Original host Mark L. Walberg will return for the reality series reboot, which “follows four dating couples at a pivotal time in their relationship, where they must mutually decide if they are ready to commit to one another for the rest of their lives — or should go their separate ways.”

NEW YORK, NY – November 13, 2018 – Today, USA Network announced that it will reboot one of the buzziest reality shows in television history: TEMPTATION ISLAND. The 10-episode series, produced by Banijay Studios North America, will premiere on Tuesday, January 15 at 10/9c. Mark L. Walberg, who hosted the original series that premiered in 2001, is set to return as host.

TEMPTATION ISLAND follows four dating couples at a pivotal time in their relationship, where they must mutually decide if they are ready to commit to one another for the rest of their lives — or should go their separate ways. Together, the couples travel to the tropical paradise of Maui, Hawaii, where they join 24 eligible men and women. There, they live the “single life,” in a test that is meant to help answer their most difficult questions about their relationship.

David Goldberg, CEO, Banijay Studios North America, comments: “In a period of revival television, the return of TEMPTATION ISLAND, a show that leapt onto the scene with equal parts ratings bang and media attention, makes all the sense in the world. TEMPTATION ISLAND retains key format elements, but a concerted effort was made to populate the island with singles genuinely looking for love whose personalities are appealing to the four couples who are questioning the long term viability of their relationships. TEMPTATION ISLAND has never been more relevant because in so many ways it mirrors the way singles and couples navigate today’s myriad of options to connect.”

“As cable’s #1 entertainment network for 12 years and running, USA is home to some of the most-talked about shows on TV,” said Chris McCumber, President, Entertainment Networks for NBCUniversal Cable Entertainment. “Our reboot of TEMPTATION ISLAND is sure to spark intrigue, debate and conversation for a whole new generation of viewers.”

What do you think? Do you remember Temptation Island? Will you watch the reboot?