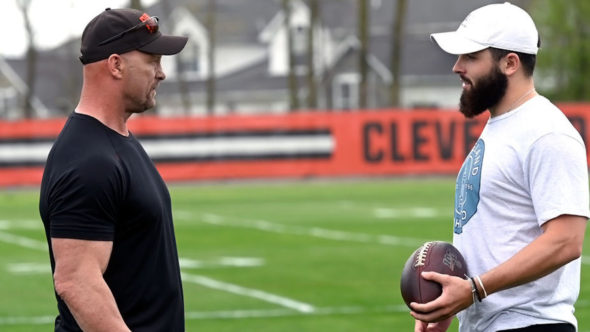 Steve Austin and his television series on USA Network is not going anywhere. The network announced that the series, Straight Up Steve Austin, will return for a second season this summer. The season will have eight half-hour episodes.

USA Network revealed more about the renewal of the series in a press release. Check that out below.

“USA Network today announced it has picked up hit unscripted series STRAIGHT UP STEVE AUSTIN for a second season. Expected to premiere this summer, Season 2 will consist of 8 half-hour episodes and is produced by Line by Line Media with Steve Austin and Dave Barsky (“Dirty Jobs”) as executive producers.

The unique interview-based series, hosted by retired WWE Legend “Stone Cold” Steve Austin, was 2019’s #1 new unscripted cable series for Men 18-49 and Men 25-54.* In every episode, Steve and a celebrity guest get real, heading out to different cities across America to take part in one-of-a-kind adventures, while swapping stories about their lives and careers. It’s a unique twist on the standard interview show, with no studio, no couch and no cue cards — just a straight up good time and good old-fashioned American fun.

What do you think? Are you a fan of this series? Will you watch season two of Straight Up with Steve Austin?