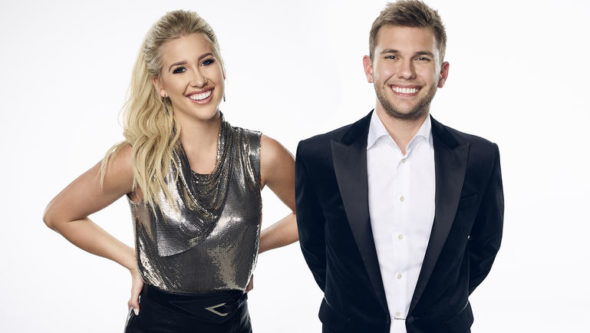 The Chrisley kids will be back! Deadline reports USA Network has renewed Growing Up Chrisley for a second season.

A spin-off of Chrisley Knows Best, the reality series “revolves around children of Todd Chrisley – the domineering Patriarch of Perfection — as they look to prove themselves as adults outside of the nest.”

Season two of Growing Up Chrisley is slated to debut on USA Network in August. Season one just launched on April 2nd.

The Unscripted Comedy Series is Currently Airing Tuesdays at 10:30/9:30c

NEW YORK – May 7, 2019 – USA Network today announced a second season pickup of GROWING UP CHRISLEY which follows America’s favorite brother-sister duo, Savannah and Chase Chrisley as they embark on a cross-country move to Los Angeles, California. This series stems from the success of CHRISLEY KNOWS BEST, a top performing cable reality series for the network since Season 1*. GROWING UP CHRISLEY’s second season is expected to return this August.

In GROWING UP CHRISLEY, Chase and Savannah, children of Todd Chrisley — the domineering Patriarch of Perfection — look to prove themselves as adults outside of the nest. As the brother-sister duo move to Los Angeles to pursue their dreams, they quickly learn through a series of hilarious misadventures that adulting is not without its challenges. While living together in the Hollywood Hills, they discover that L.A. is very different from their home in Nashville and with Todd’s watchful-eye looming, the pressure is on to grow up or go home.

What do you think? Have you seen Growing Up Chrisley? Will you watch season two?

Love Growing up Chrisley, or anything Chrisley! However, can not stand Chases side kick Elliot! He is unbearable & dumbs things down, way too much. His voice is irrritating!

Yay!I love the original show n this show as well. They r both so hilarious n great fun to watch w some popcorn n soda thank you network!

I didn’t realize Season 1 was even on the air.