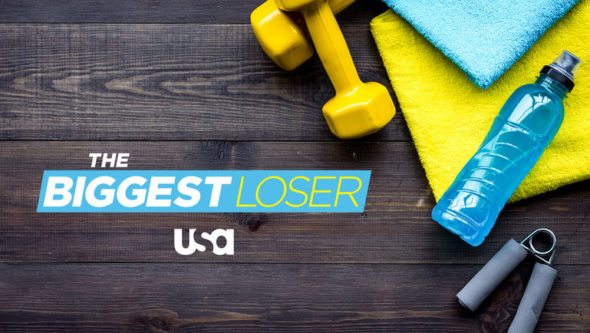 USA Network is ready to get in shape. The network just announced they are rebooting The Biggest Loser.

The competition series “will feature men and women competing not only to lose weight, but also improve their overall wellbeing.” The original Biggest Loser ran on NBC from 2004 to 2016.

USA Network had ordered 10 episodes of The Biggest Loser, which is set to debut in 2020.

NEW YORK, NY – May 13, 2019 – USA Network, cable’s #1 entertainment network, announced today that it will reboot THE BIGGEST LOSER, one of the most popular and longest-running unscripted franchises in television history. The 10-episode season from Endemol Shine North America, in association with Universal Television Alternative Studio, is expected to debut on USA Network in 2020.

USA’s THE BIGGEST LOSER will feature a dynamic new team of experts determined to dramatically improve America’s lifespans and waistlines. The revamped version of the iconic NBC hit competition series will feature men and women competing to not only lose weight, but to improve their overall wellbeing. Each episode will feature a team of experts including a trainer, chef and life coach, who will help guide the contestants as they embark on the biggest transformations of their lives. Experts to be announced.

“At NBCUniversal, we know the power of impactful content that connects with audiences on an emotional level, and USA is the perfect home for an iconic franchise like THE BIGGEST LOSER which does just that,” said Mark Miller, Executive Vice President, Ad Sales, NBCUniversal. “We are confident that these incredible stories of transformation will resonate with viewers and advertisers alike.”

In addition to reboots, USA is building on the successes the network has had in unscripted, with popular family docu-comedies like CHRISLEY KNOWS BEST and its spinoff GROWING UP CHRISLEY, and WWE-inspired series like the hit MIZ & MRS. Docu-comedy THE RADKES joins the schedule this summer, while second seasons of freshman series TEMPTATION ISLAND, GROWING UP CHRISLEY and MIZ & MRS were recently announced.

This reboot will have nothing to do with losing weight.