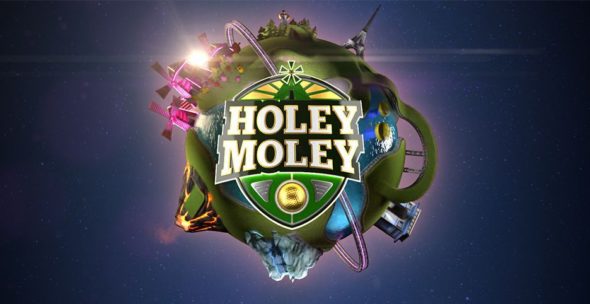 TV show description:
From creator Chris Culvenor, the Holey Moley TV show is a mini-golf competition series. The game features 12 contestants facing off, on a supersized miniature golf course, in head-to-head sudden-death matchups. The first round winners advance to round two.

Only three players make it to “Mt. Holey Moley,” the final hole. Each episode ends with one player crowned as the winner. The victor leaves with a $25,000 prize, as well as “The Golden Putter” trophy, and a “Holey Moley” plaid jacket.

Curry, who serves as an executive producer on the show, appears in every episode as the resident gold pro. He is joined on screen by comedian Rob Riggle, who provides color commentary; play-by-play commentator Joe Tessitore; and sideline correspondent Jeannie Mai.


What do you think? Do you like Holey Moley TV series? Should this ABC TV show be cancelled or renewed for another season?

It’s an amusing show. It’s the successor spiritually to Wipeout. Only I don’t like as of third season is near impossible challenges dunking who do not have chance beating it. That said the show amusing with the commentary and game play still real.

Holey Moley has been ruined by the old practice “LETS MAKE IT BIGGER!!!!” It used to be a good mini-golf completion. Now it’s crappy reality TV.

This is a crazy show. Love it. Is the lumber jack from the old Danbury fair grounds

Funniest show I’ve seen in years! Bring it back!

I tried to watch the show for the first time. I think it is the worst game show I have ever seen.