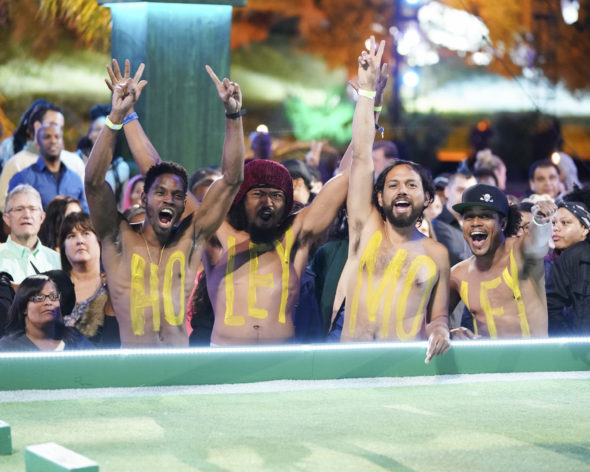 Is the first season of the Holey Moley TV show on ABC on par with your expectations? As we all know, the Nielsen ratings typically play a big role in determining whether a TV show like Holey Moley is cancelled or renewed for season two. Unfortunately, most of us do not live in Nielsen households. Because many viewers feel frustration when their viewing habits and opinions aren’t considered, we’d like to offer you the chance to rate all of the Holey Moley season one episodes here. *Status update below.

What do you think? Which season one episodes of the Holey Moley TV series do you rate as wonderful, terrible, or somewhere between? Should ABc cancel or renew Holey Moley for a second season? Don’t forget to vote, and share your thoughts, below.

Our entire family LOVES this show!!! We have watched both seasons! PLEASE have season 3!! It’s great fun for the entire family. ♥️

I enjoy the show…ALOT. How bout some afternoon golf next season.

love it! here’s hoping it’s brought back for season two:)

Renew it!!! Its pure comedy and entertainment and the commentators are frickin HILARIOUS