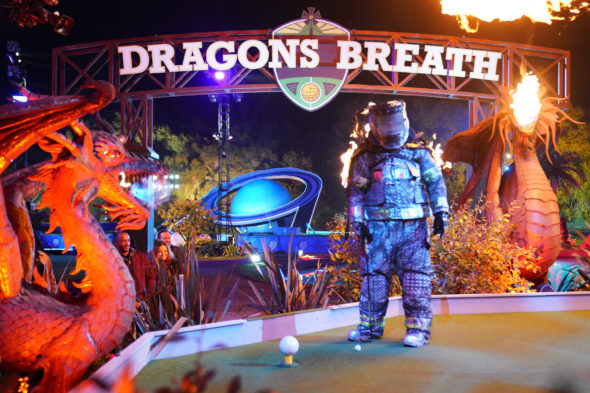 Is the second season of the Holey Moley TV show ABC on par with the first? As we all know, the Nielsen ratings typically play a big role in determining whether a TV show like Holey Moley is cancelled or renewed for season three. Unfortunately, most of us do not live in Nielsen households. Because many viewers feel frustrated when their viewing habits and opinions aren’t considered, we invite you to rate all of the second season episodes of Holey Moley here. *Status Update Below.

An ABC miniature golf competition, the second season of Holey Moley (aka Holey Moley II: The Sequel) features self-proclaimed mini-golf lovers from around the country as they compete head-to-head through an obstacle-filled golf course. In each episode, eight contestants put their miniature golf and physical skills to the test as they face off in crazy challenges on the supersized course. The winners of each episode return to the “Holey Moley” course for the all-star grand finale, where only one will be crowned the winner and claim the $250,000 prize. Executive producer Stephen Curry serves as the resident golf pro, with Rob Riggle on color commentary, Joe Tessitore providing play-by-play, and Jeannie Mai as sideline correspondent.

What do you think? Which season two episodes of the Holey Moley TV series do you rate as wonderful, terrible, or somewhere between? Do you think that Holey Moley should be cancelled or renewed for a third season on ABC? Don’t forget to vote, and share your thoughts, below.

*2/23/21 update: Holey Moley has been renewed through season four.

I can’t believe all of these channels are letting go of some really great shows . It’s so sad that you guys don’t know how to entertain us anymore, especially with what we are going through with all this sickness and sadness . I loved Life in Pieces , I was just wondering if they were going to come back and you dropped them like they were nothing . Then you canceled Bless This Mess ,Then Single Parents ,and Fresh Off The Boat. Those shows really made me laugh and feel better after losing my Aunt, my sister and my… Read more »

This was really fun to watch this year, the pace was picked up. Rob Riggle and Co are really enjoyably goofy . Steph Curry is always terrific.