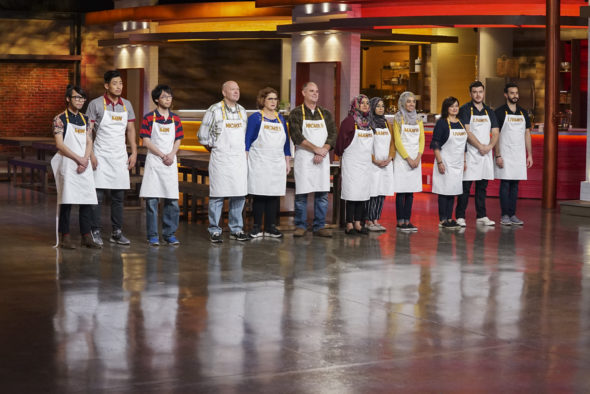 How tasty is the first season of the Family Food Fight TV show on ABC? As we all know, the Nielsen ratings typically play a big role in determining whether a TV show like Family Food Fight is cancelled or renewed for season two. Unfortunately, most of us do not live in Nielsen households. Because many viewers feel frustration when their viewing habits and opinions aren’t considered, we’d like to offer you the chance to rate all of the Family Food Fight season one episodes here.

What do you think? Which season one episodes of the Family Food Fight TV series do you rate as wonderful, terrible, or somewhere between? Should ABC cancel or renew Family Food Fight for a second season? Don’t forget to vote, and share your thoughts, below.

I love game shows. This show is a joke. You feel like you have wasted an hour of your life when you see people lose everything they gained. This show needs to revamp their last round of spins. They have way too many “Back to Zero” spaces. The spins are controlled by a computer so they know what it will land on. Show will be cancelled. Don’t waste your time watching this farce.

It will not be cancelled!

Never heard of this show