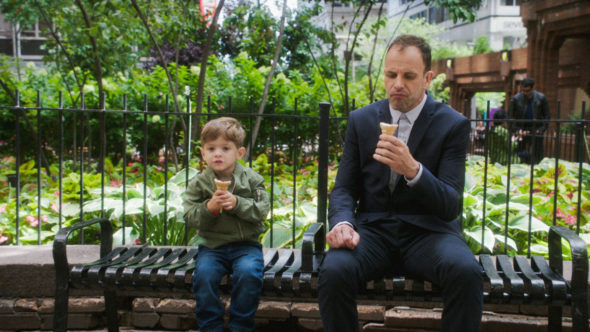 Are Sherlock Holmes and Dr. Joan Watson as sharp as ever during the seventh and final season of the Elementary TV show on CBS? As we all know, the Nielsen ratings typically play a big role in determining whether a TV show like Elementary is cancelled or renewed for season eight. Unfortunately, most of us do not live in Nielsen households, and our opinions weren’t considered before they decided to end the series this year. Because many viewers feel frustration when their viewing habits and opinions aren’t considered, we’d like to offer you the chance to rate all of the Elementary season seven episodes here.

A CBS detective drama based on the classic Sir Arthur Conan Doyle characters, Elementary stars Jonny Lee Miller as detective Sherlock Holmes and Lucy Liu as Dr. Joan Watson. The cast also includes Aidan Quinn as Captain Thomas Gregson and Jon Michael Hill as Detective Marcus Bell, with James Frain joining the seventh and final season as Odin Reichenbach. The story centers on Holmes and Watson, as they investigate the trickiest crimes. Season seven kicks off in London, with Holmes and Watson serving as consultants for Scotland Yard.

What do you think? Which season seven episodes of the Elementary TV series do you rate as wonderful, terrible, or somewhere between? Should CBS have cancelled or renewed Elementary for an eighth season? Don’t forget to vote, and share your thoughts, below.

the good shows they get rid of , and they expect us to watch the remaining junk they deem good! Bring back Elementary !!!!!!

I ABSOLUTELY LOVE ELEMENTARY! Was so sorry to hear it had come to an end. One of the better shows the cast all complimented each other very well

Loved that show although I thought that some of the plots were more complex than they had to be. Actually the finale did allow for more episodes to follow if the crew and network had opted to do more, otherwise it was a fine ending to a fine series. Kudos to the team!

I love Elementary. There are so many relationships and stories still to be told and solved. Please don’t cancel this show. There are few good shows left to watch.

I ABSOLUTELY LOVE ELEMENTARY ! I LOOK FORWARD TO IT EVERY WEEK PLEASE DON’T CANCELL IT!!!

I will miss this show. I am hoping the ending will allow it to return.

Excellent ending to a terrific show (c’mon; who else thought it was Joan in the coffin after 1 year?). Would have liked to see at least 2 more seasons, but enjoyed it while it lasted.

I hope that CBS revives this show, it has some great episodes, a good chemistry among the entire cast and very good writing, it seems that at times the networks get their survey information from their competitors and end up getting rid of the quality shows and replace them with mediocre ones.