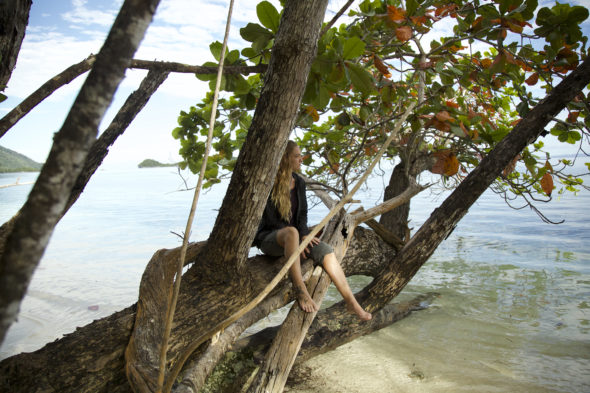 Are you losing yourself in the drama, during the first season of the Castaways TV show on ABC? As we all know, the Nielsen ratings typically play a big role in determining whether a TV show like Castaways is cancelled or renewed for season two. Unfortunately, most of us do not live in Nielsen households. Because many viewers feel frustration when their viewing habits and opinions aren’t considered, we’d like to offer you the chance to rate all of the season one episodes of Castaways below.  *Status update below.

What do you think? Which season one episodes of the Castaways TV series do you rate as wonderful, terrible, or somewhere between? Should ABC cancel or renew Castaways for a second season? Don’t forget to vote, and share your thoughts, below.

*Status update: The series last aired in September 2018 and there’s been no renewal news more than a year later. It’s presumed to be cancelled.

How do I sign up for show on castaways

Loved the show “Castaways” Can’t wait for season two! I think the best part was when Tim broke down and cried and told Robbie that he was a leader. Tim realizing what his purpose was and why he was really there and what net connection with his daughter just sent chills up and down my body and I think he realized that I’m listening to Kenzi talk about her dad and their relationship. Tim and Kenzi I think had a lot to do with why Robbie went on and lost all that weight which was amazing. Seeing what he done… Read more »

Castaways was a show I looked forward to each week. The insights into the castaways lives…the things they packed, their stories revealed in their journals, their reflections…their need for companionship…all kept me coming back. (And re-watching each episode …several times) I wish there was a way to vote to keep the show.

I love the show and hope there are more seasons to come! Please don’t cancel…..’’

I really, really liked this show! Real people with real life situations. I wish they would have a reunion show at the end so we can see them all meeting each other at the end. I loved the connections made with the people that found each other. I hope it comes back for another season. I would love to try out!

Yes please do a reunion show!!!

Yes I so much agree with that I would’ve loved to seen a reunion show so that way Terry could have told Matthew all the things that she wanted to tell him that was weighing on my mind because there was things that others wanted to tell the people who had their bags and journals. And then Tracy she needed a friend and that would’ve been an opportunity for her to of made some friends she needed a support system.

I forgot to say that I too would have enjoyed more in the end. I wanted to see them all reunite or something and get more of the story. Just left me wanting more that’s how much I loved it.

I absolutely love the show. It has everything one could want in a TV show. I was moved to tears, I was cheering and I was deeply moved. This is what TV should be. I am 56 year old woman in Upstate New York. I am finding my way through retirement alone and dealing with some deep issues myself. This TV show helped me with answers to a couple of my questions. Bravo and I can’t wait till the next season.

I really enjoyed the show, and agree that when it ended it felt a bit “unfinished” when they just left with no following as to whether their goals for being there were accomplished. And also, what happened to the ones that just “disappeared” w/o knowing why they left. I would vote to keep the show going, but give us a finished ending.

I was hooked at episode one. I looked this show with all their feelings and discovery’s about themselves. I would have liked to seen a last show letting them all meet and discuss their experiences. Way to go Robbie!!!

I loved this show and sure hope they do a season two!