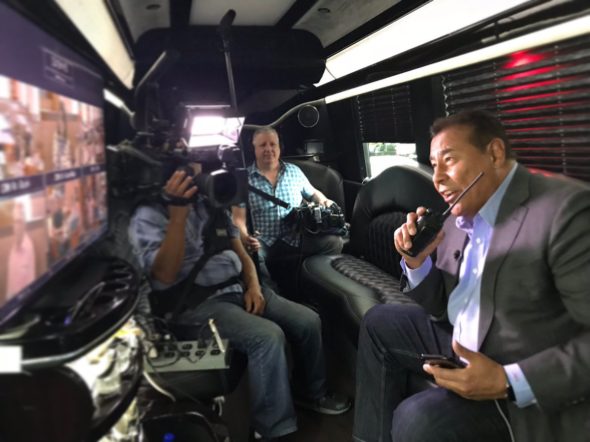 What will they do when they think we’re not watching? Will the What Would You Do? TV show be cancelled or renewed for a 16th season on ABC? The television vulture is watching all the latest cancellation and renewal news, so this page is the place to track the status of What Would You Do?, season 16. Bookmark it, or subscribe for the latest updates. Remember, the television vulture is watching your shows. Are you?

Airing on the ABC television network, What Would You Do? explores how people react to strangers in uncomfortable circumstances. With host John Quiñones and hidden cameras at the ready, actors play out various scenarios, in front of unwitting bystanders. The TV series delves into how and when people feel they must intervene and when and why they choose to mind their own business. Quiñones reports about how they made their decisions.

Will ABC cancel or renew What Would You Do? for season 16? The series seems relatively cheap to produce and ABC can use it as a utility player and fill in Friday night timeslots as needed. Unless they come up with something else, I think it will be renewed. I’ll update this page as the season progresses. Subscribe for free alerts on What Would You Do? cancellation or renewal news.

What do you think? Should the What Would You Do? TV show be renewed for season 16? How would you feel if ABC cancelled this TV series, instead?

I love the show. It has real stories that are what people like. Not stupid reality shows.

I love the show what would you do. please bring it back soon. we look we look at it as a family and comment on it